Tommy Bolcerek had to get heart surgery and his teammates made sure he didn’t go through it alone. 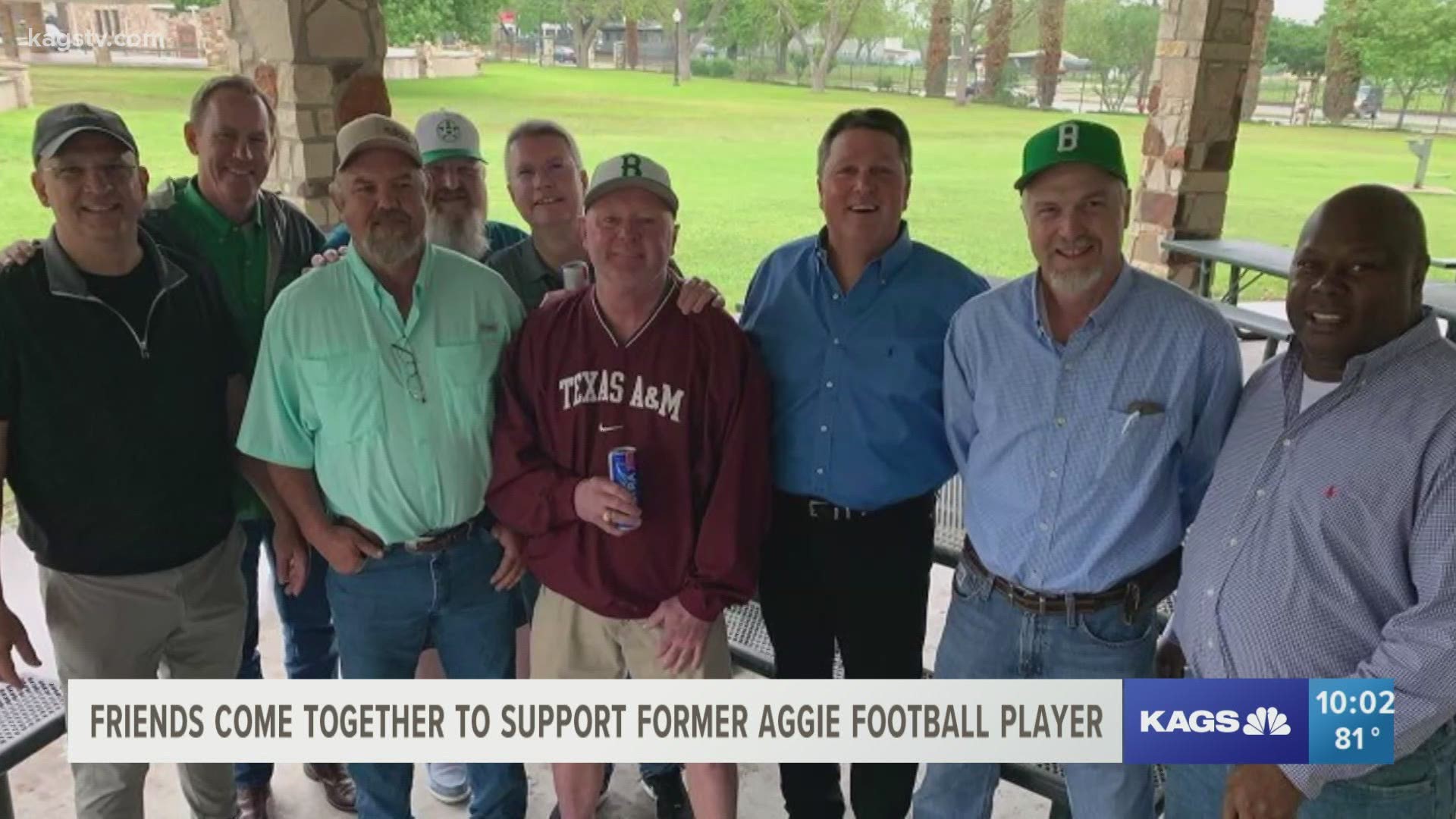 COLLEGE STATION, Texas — Friends of Tommy said he’s had their backs for as long as they’ve known him and today, they had his.

“Big Bad Tommy,” former Brenham baseball teammate of Tommy said, “He was our home run hitter on the baseball team, but even the biggest guys get scared.”

Sean Duffy played baseball with Tommy in high school almost 40 years ago and said everything Tommy has ever done has been built around a team. Whether it’s a baseball team or his family as a team, so, for Duffy, it was obvious what he needed to do for Tommy.

“I figured if I could create a team atmosphere for him here at the hospital, it would lessen some of his anxiety about coming here and having heart surgery,” Duffy said.

Former @AggieFootball player Tommy Bolcerek underwent triple bypass surgery and his former teammates made sure he didn’t go through it alone.

Tonight on @KAGSnews, find out what Bolcerek’s former teammates did for him to make this uncomfortable situation something special. pic.twitter.com/JW3UtemBLD

In secret, Duffy got in contact with the hospital to get a gown and embroider “12th man” and Tommy’s jersey number 25, so, when people saw Tommy, they’d know he’s a member of the 12th man.

“Many of us are embodied by the Aggie Spirit, like myself and we want to make these connections as memorable as possible,” Lynch said.

Brian Edwards was on the A&M football team with Tommy and said Tommy is the same he was in college, the biggest aggie you’ll ever meet, but more than that, he’s family.

“We’ve been very, very close and I know right now if I needed something I could just text him and he’d say you bet I’ve got you covered,” Edwards said, “So, we love him for that and we know he’s gonna make a quick recovery.”

Edwards said the first thing he hopes to do with Tommy once he’s back on his feet is to go to an A&M football game and continue creating memories with his teammate.