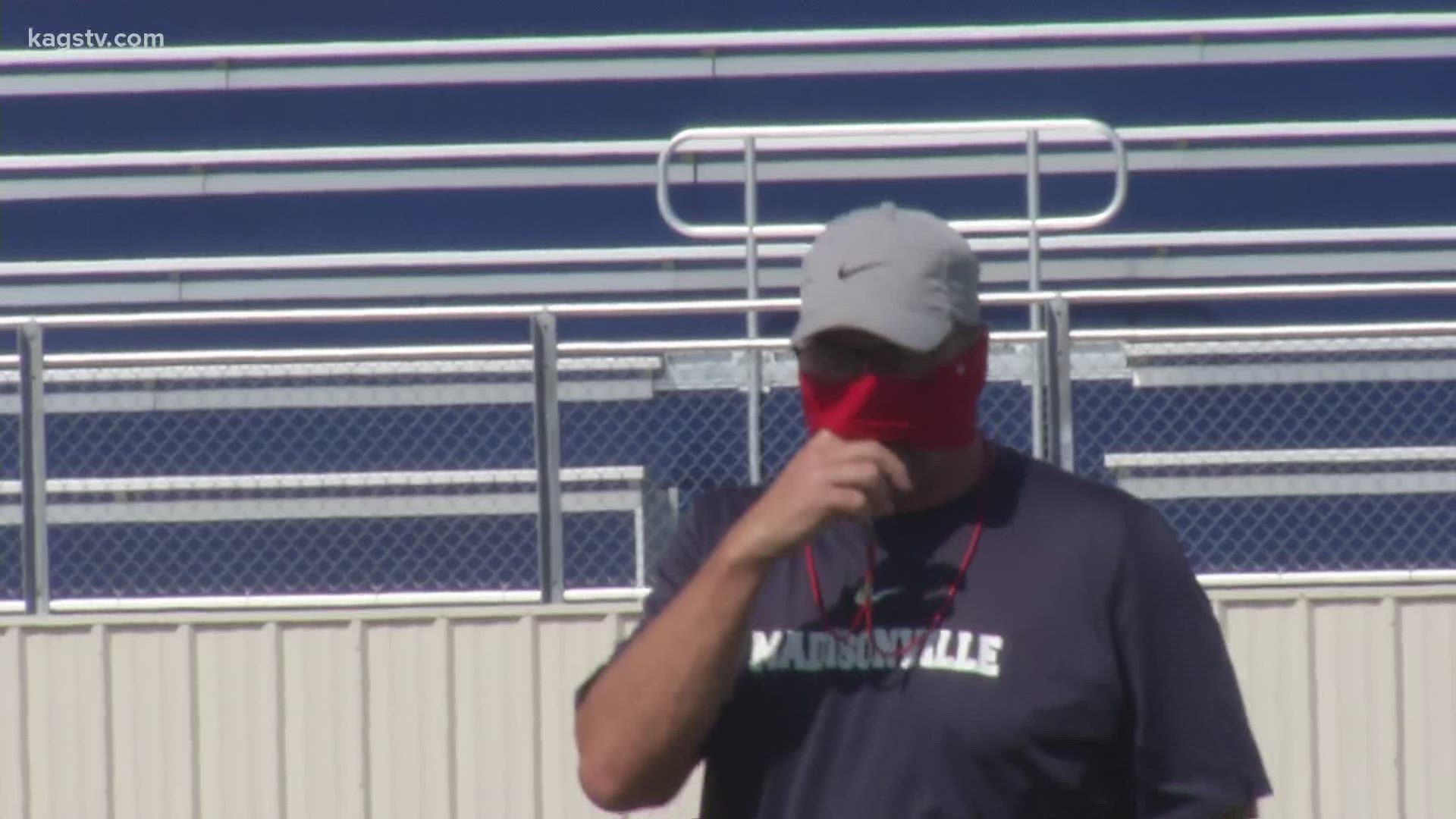 Overall, the Mustangs are looking to return to the playoffs for the first time under Urbantke's reign, and with some veteran leadership back at both linebacker and quarterback, Urbantke is excited about his team's outlook in 2020.

The 2020 #txhsfb season is officially off and running.

The goal for Madisonville this year is simple: make the playoffs. Coach @MrPowerRight says his team’s QBs & LBs will help lead the way. Catch the Mustangs full season preview tomorrow on @KAGSnews at 6. pic.twitter.com/2Sbn1trEMA

Coach felt his team competed with every team on its schedule for a half last season, but the Mustangs weren't able to put together a full 48 minute game. That complete game mentality is something he hopes his team can develop this fall, because it's been holding them back from their ultimate goal.

"This year we have to  learn how to finish games," Urbantke says. "We can't be tied at half or have a two or three point lead. We need to come out in the second half and finish those drives and get that stop. Our ultimate goal is the playoffs. People ask, 'what's a successful season?' The answer is playoffs. Week 1 of Texas state playoffs, we need to be playing."

"They're ready and I'm ready," he says. "I'm going to put them on my back and make it to where we need to be."

Dave Campbell's Texas Football Magazine predicts the Mustangs to finish fourth in its district, which would include a spot in the playoffs.

The Mustangs open up the 2020 season against Diboll.