The NCAA report said Fisher "failed to promote an atmosphere of compliance" and "did not demonstrate that he monitored his staff." 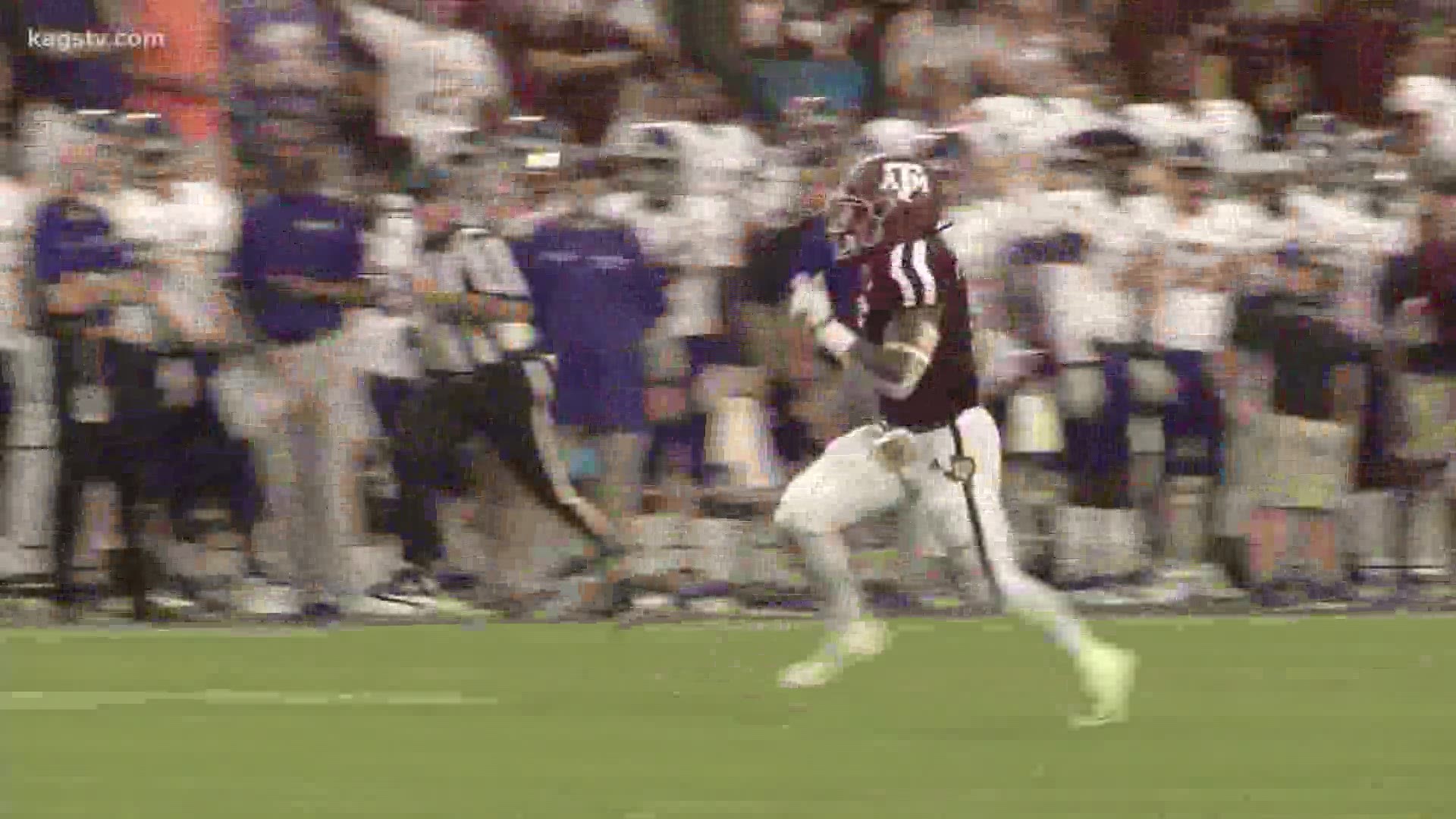 COLLEGE STATION, Texas — The NCAA announced Thursday the Texas A&M football team and Head Coach Jimbo Fisher were hit with penalties for recruiting and athletic violations. The Aggie football program is now under a one year probation period that ends July 1, 2021 and the other penalties include a loss of an official paid visit for the 2019-2020 year and a $5,000 fine. Fisher was also given a six-month show-clause order.

The NCAA released its findings from the investigation between January 2018 and February 2019 and say Fisher and an assistant coach had "impermissible" contact with a recruit. The school had to end its recruitment of the recruit in question as part of the negotiation resolution.

The NCAA did not name the assistant in its findings, but A&M identified him as Jay Graham, who is now an assistant coach at the University of Tennessee.

The NCAA report said Fisher "failed to promote an atmosphere of compliance" and "did not demonstrate that he monitored his staff." He was also given an additional punishment for his actions, which included a nine-day ban on phone calls, emails or texts with recruits in January.

The Texas A&M football program was also found to exceed activity time limits in the spring of 2018. The NCAA says the time exceeded added up to approximately seven hours.

"Since I arrived at Texas A&M, I have seen up close and personal Coach Fisher's commitment to integrity and following the rules. I appreciate his response, including actions taken during the process itself," A&M athletic director Ross Bjork said in the release. "As a result, the program moves forward and remains on track in both our short and long-term quest for excellence. This will have no impact on our current or future student-athletes, the 2020 post-season, or our pursuit of championship success on and off the field."