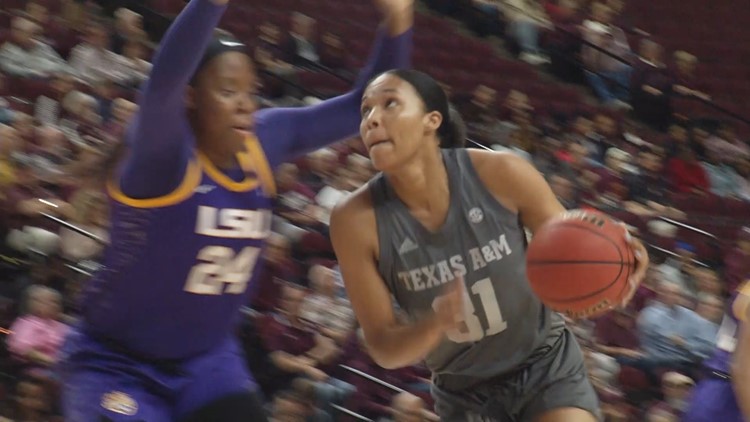 Jones is the only player in the SEC to record a double-double in every league game this season. Her 14 double-doubles on the year are good for ninth in the nation and second in the SEC. The Lawrenceville, Ga., native most recently put up 17 points and grabbed 12 rebounds in the Aggies' win over Vanderbilt.

The junior upped her career total to 24 double-doubles, which ties her for second with Khaalia Hillsman (2014-18) on A&M's all-time list. Jones is eighth in the country and second among conference opponents in rebounding, as she averages 11.2 per game. She leads the SEC and is fifth nationally with 268 total rebounds this season.