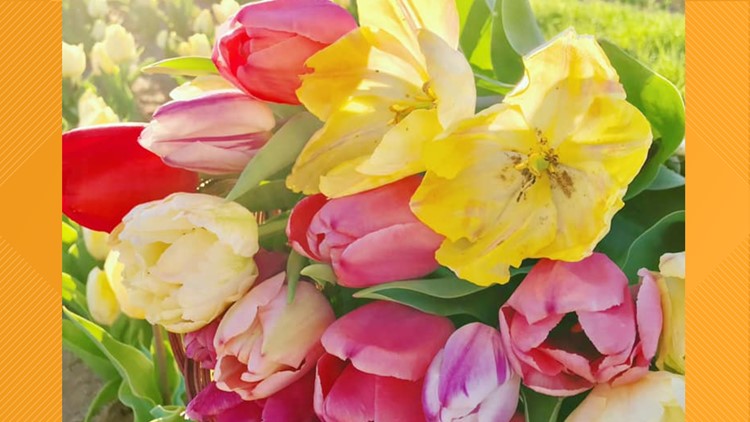 SAN ANTONIO — Get ready to tip-toe through the tulips this week.

According to a Facebook post from Texas-Tulips, the tulip field will open on January 23. It was initially reported that the field would open in February.

The opening hours will be Mon-Sun from 10:00 am to 6:00 pm. The tulip season is expected to run through March, but the farm says anything can happen and is dependent on the weather.

The field is their second in Texas; a tulip field in Dallas opened in 2015.

The Dallas tulip field has become a hotspot for professional photographers and amateur Instagrammers alike. Texas-Tulips charges a $5.00 entrance fee per person.

Texas-Tulips
Roses are red, violets are blue, but this red tulip will make your h... eart bloom! The end of the year is coming closer and all the festivities of the seasons are in full swing so if you'd still like to order some tulip bulbs for your spring garden be sure to take a peek at www.texas-tulips.com/shop/ and shop around for some beautiful tulip varieties before it's too late!

Her 9-month-old refused to take her bottle. That's when she found out her 'formula' was fake.

She was found left to die in a dumpster. 36 years later, she wants to meet the strangers who saved her.