It will be the first, real home game in Snook program history 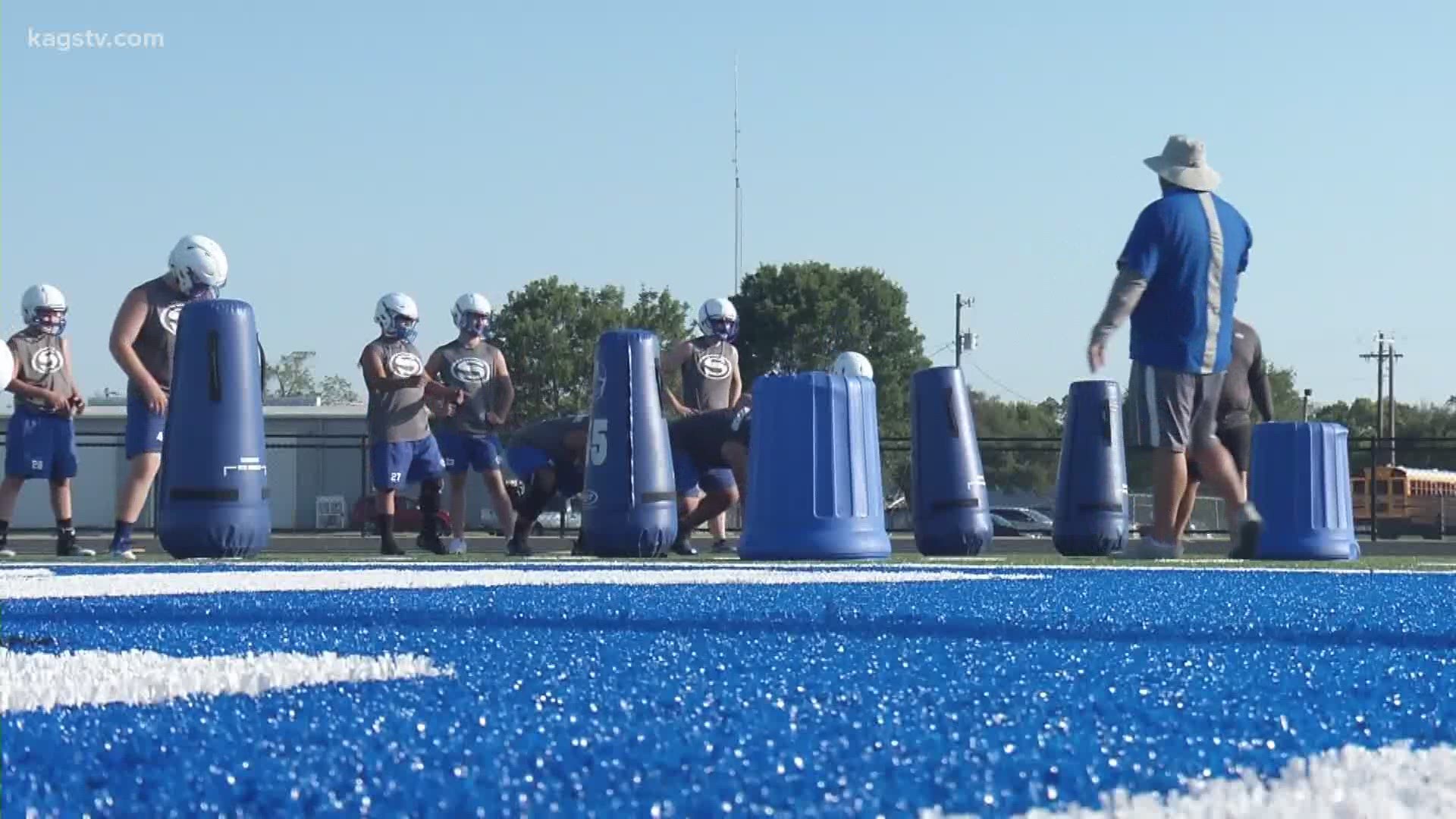 SNOOK, Texas — For the first time in program history, Snook will get a chance to defend its home turf on Friday in a stadium it can actually call home.

After years of construction, Bluejay Stadium is set to open on Friday night, ending a decade long streak of Snook playing its home games at other team's fields.

Snook coach Boone Patterson isn't doing his team any favors with its first home game opponent either. Instead of scheduling a cupcake to ensure a win, coach went in the opposite direction by scheduling a Thorndale team that is ranked #10 in Class 2A DII.

Snook, a 2A DII school, almost upset Caldwell, a 3A DI school, in Week 1, but ended up losing 28-26. That narrow loss has Snook more focused than ever on the Bulldogs in Week 2, and christening Bluejay Stadium with a win.