The nearly 100-year-old club has garnered recent attention with a national championship and a new addition: A coach 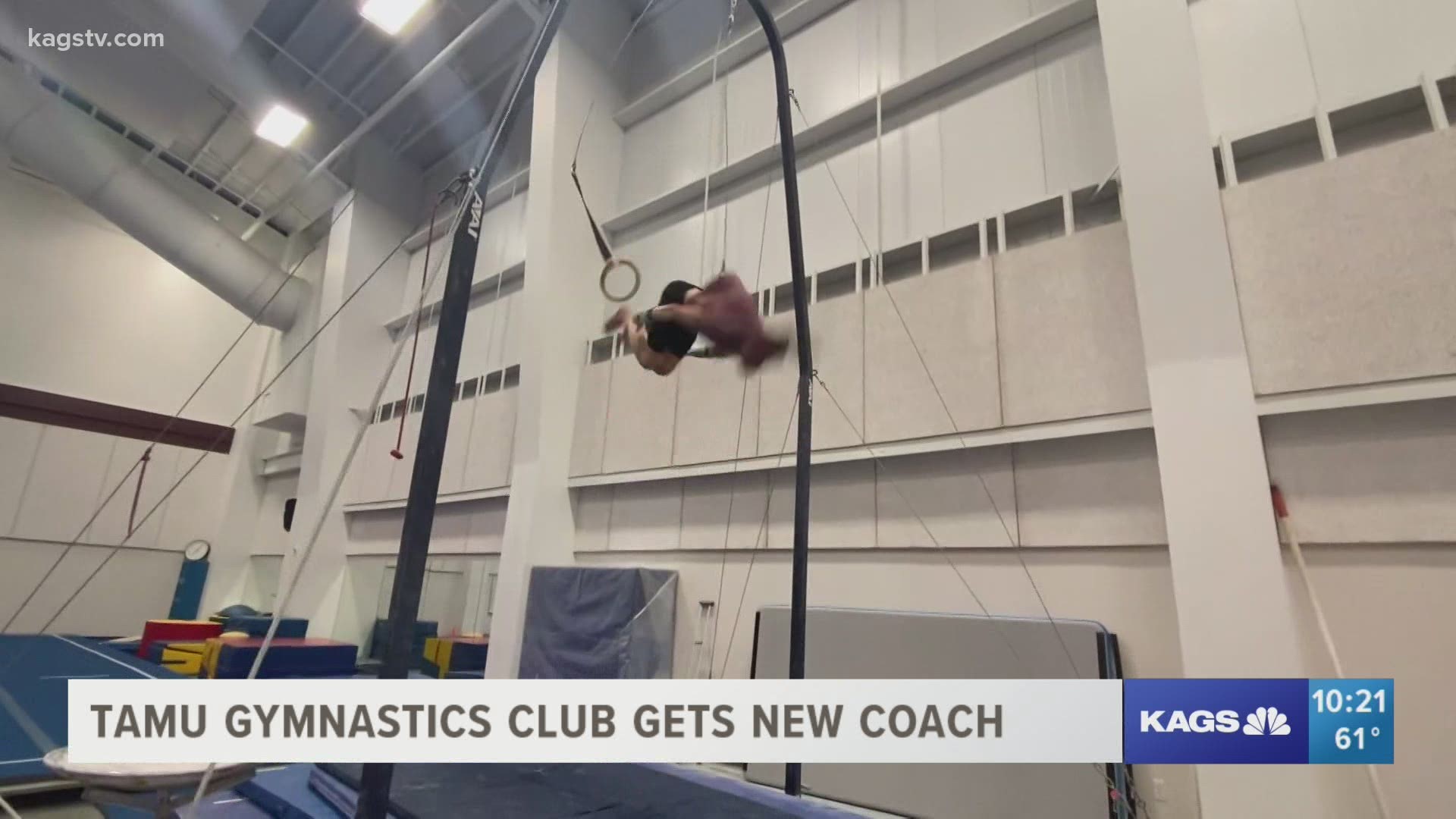 COLLEGE STATION, Texas — Founded in 1923, the Texas A&M gymnastics club is one of the oldest clubs on campus.

Located in the Physical Education Activity Program (PEAP) building, the gym is filled with every professional equipment any gymnast could need. From beams to parallel bars, men and women can both practice inside this fitness center.

In fact, the club itself has 40 members, both men and women. Both teams compete around the world representing A&M and have achieved prestigious awards like a 2019 national championship.

This year, the club saw a new addition to their team: A coach.

Did you know @TAMU has a gymnastics club that competes around the U.S.?!

I met up with @TAMU_Gymnastics & these student-athletes are literally flipping to represent their University.

Oh & they have a new coach from UCLA👀

I’ll have all the details today on @KAGSnews at 6 & 10! pic.twitter.com/IUjnQSgm8q

You might think transitioning from athlete to coach would be tricky, but Toronjo said she’s coached before back at UCLA, except her students were a bit younger.

“I mainly worked with 5-year-olds and 6-year-olds, so it’s definitely different working with college-aged people, but it has been so much fun,” Toronjo said.

Third-year member and president of the entire club Kaylee Connolly said the team is extremely grateful to finally have a coach, especially one like Toronjo.

“I think everyone can use her kind of high-level skills and experience,” Connolly said.

Toronjo's intelligence and background in the aerobic activity adds a much needed positive influence.

“She has a lot of wisdom from UCLA and I think everyone really enjoys her presence, she’s a light and it’s is great to have her.” she said.

If this is your first time hearing about the Texas A&M Gymnastics Club, Men’s Team Captain Kevin Abbott said one thing people should know about the program is that it offers a lot to people who want to pursue gymnastics in college without the rigor an NCAA would have.

“However, we are trying to expand to become an NCAA team in the future,” Abbott said.

Until then, Abbott encourages students to stop by and join the club.

“But our team consists of a lot of previous USAG members that really care about the sport and are competitive in the gym." he said. "For anyone looking for a cool gymnastics outlet in college…it’s a super fun organization to be part of.”

Just like many in the world, COVID-19 made a negative impact on the TAMU Gymnastics Club as well. Toronjo said things are different, but the attitudes of the athletes haven’t changed.

“You know it’s definitely had its adversities through the year, but honestly they’ve been doing a great job with bringing joy into everything they do, it’s been beautiful to watch," Toronjo said.

To find more information on the club and how to join, students can visit the A&M gymnastics website here.