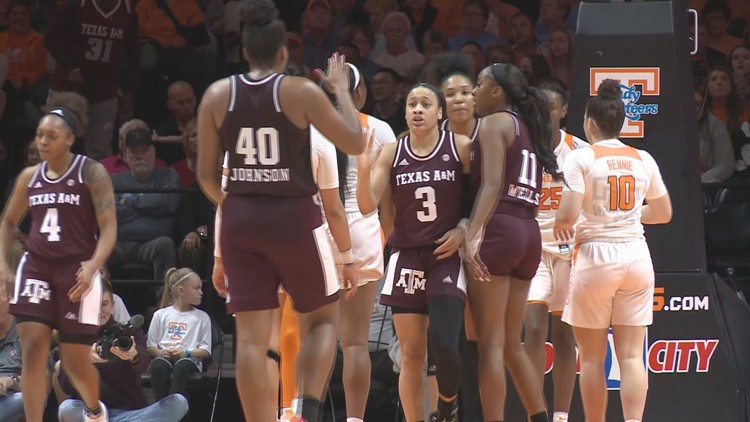 With Carter earning her second USBWA All-American second team selection, she becomes the only player in A&M history to have two USBWA All-America distinctions in a career. Danielle Adams (2010-11) and Kelsey Bone (2012-13) both received the honor in their respective years. Prior to 2017-18, the organization announced a single 10-member team.

The All-American is now in a league of her own, having earned seven separate All-American selections throughout her career. She is a three-time Associated Press, two-time USBWA and two-time Women’s Basketball Coaches Association All-American. The next closest are Danielle Adams (2009-11) and Courtney Walker (2013-16) with five each.

Carter’s season was highlighted with a 37-point performance to knock off ranked Tennessee in Knoxville, Tenn. This is the most points scored by an Aggie in an SEC game in program history. She also set the collegiate record for points scored against the USA National Team, when she poured in 34 against all-time greats like Seimone Augustus, Diana Taurasi, Sue Bird and many more.