After spending their first four matches on the road, the Aggies make their first official appearance in front of the 12th Man on Monday, Sept. 6 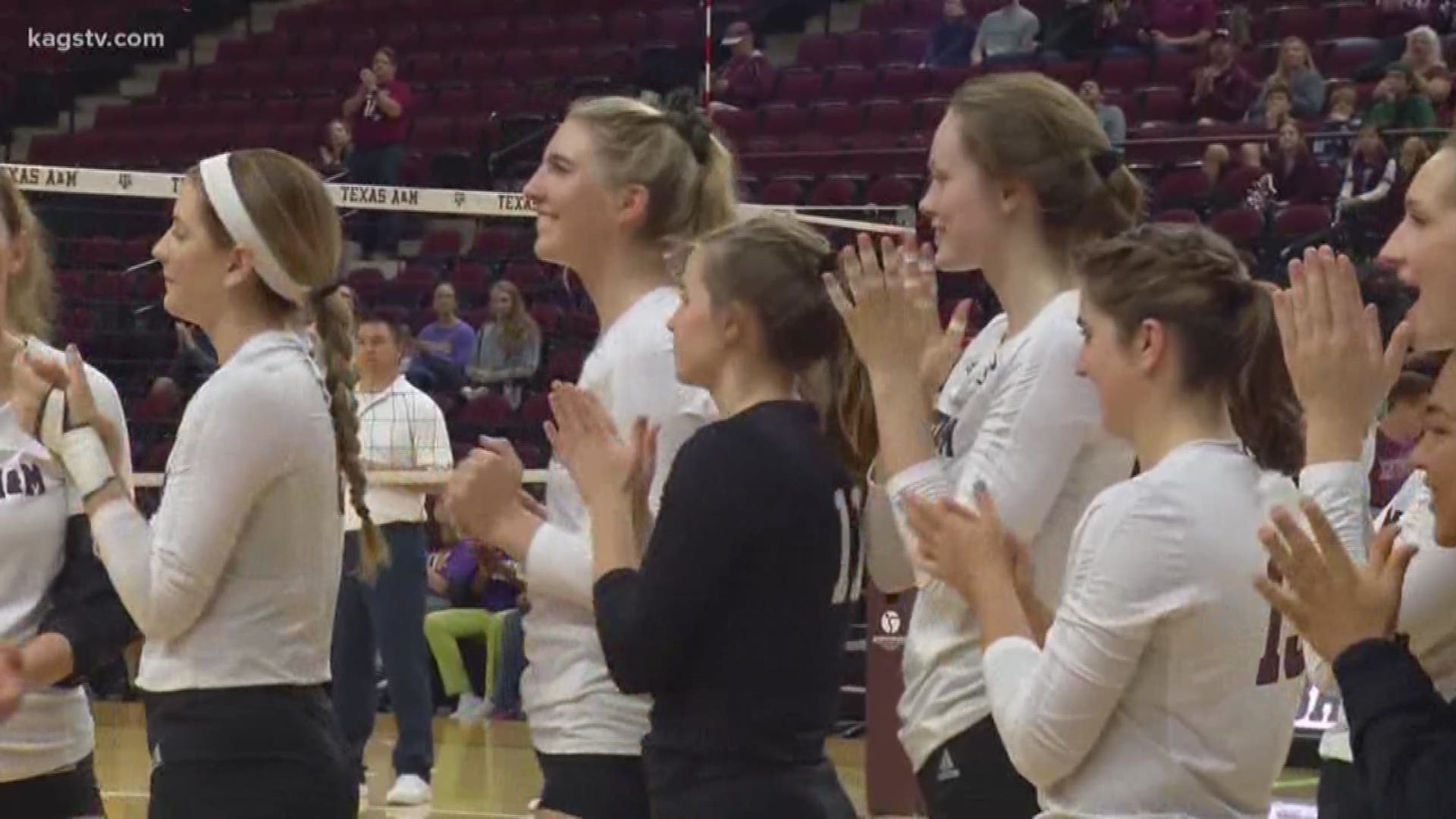 The Aggies will hold an exhibition match against Baylor on Friday, Aug. 20 in Reed Arena, before officially kicking off the season at a three-day tournament in Honolulu, Hawai’i, where the Aggies face Marquette, Fairfield and Hawai’i.

Following the trip to the Aloha State, Texas A&M travels to California for a midweek match against Cal Poly on Wednesday, Sept. 1.

After spending their first four matches on the road, the Aggies make their first official appearance in front of the 12th Man on Monday, Sept. 6 against Texas A&M-Corpus Christi. Later in the week, the Maroon & White will host the Texas A&M Invitational (Sept. 10-11), which features Albany, Houston and UTSA.

A&M concludes non-conference action with in-state foes Texas State and Texas. The Aggies take on the Bobcats in San Marcos on Sept. 14, before hosting the Longhorns on Sept. 17.

The Aggies begin their 10th season in the Southeastern Conference on Sept. 22 at Alabama.

The regular season Conference schedule consists of 18 matches in which each member institution will play each other at least once. The order of opponents for each team are determined by a random computer draw. Two-match series may be played Wednesday/Thursday, Thursday/Friday, Friday/Saturday or Saturday/Sunday.

Visit 12thMan.com for more information on Texas A&M volleyball. Fans can keep up to date with the A&M volleyball team on Facebook and on Twitter by following @AggieVolleyball.