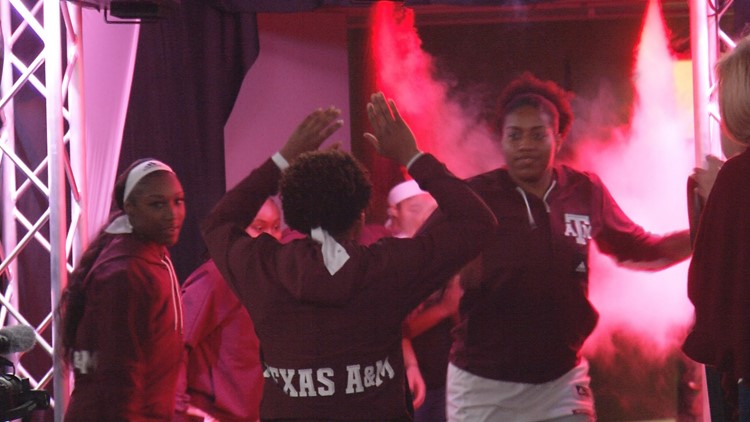 No. 6 Women's Basketball Topples the Trojans in Season Opener

The No. 6 Texas A&M women's basketball team opened up the season in a big way, taking down Little Rock, 78-35 at Reed Arena Tuesday night. A&M was in charge nearly the entire game as three players finished scoring in double figures. Ciera Johnson led the Aggies with the 12th double-double of her career, kicking off the season with a career-high 24 points and 13 rebounds.

After a close start, the Aggies used a 15-2 run late in the first quarter to pull away. They used another extensive scoring spree in the second quarter to boast a 44-18 lead at the break, dominating in the paint as they outscored Little Rock 30-4 over the first 20 minutes.

A&M continued to cruise in the second, never letting the Trojans get closer than 26 after the break. The Maroon & White dominated the hustle stats, outscoring them in the paint by 44, out-rebounding the visitors by 23 and scoring 16 more points off the bench.

The Aggies will to host the US Olympic Team on Thursday, Nov. 7 at 7 p.m. The game will air on SEC Network Plus, available online through cable and ESPN subscriptions.