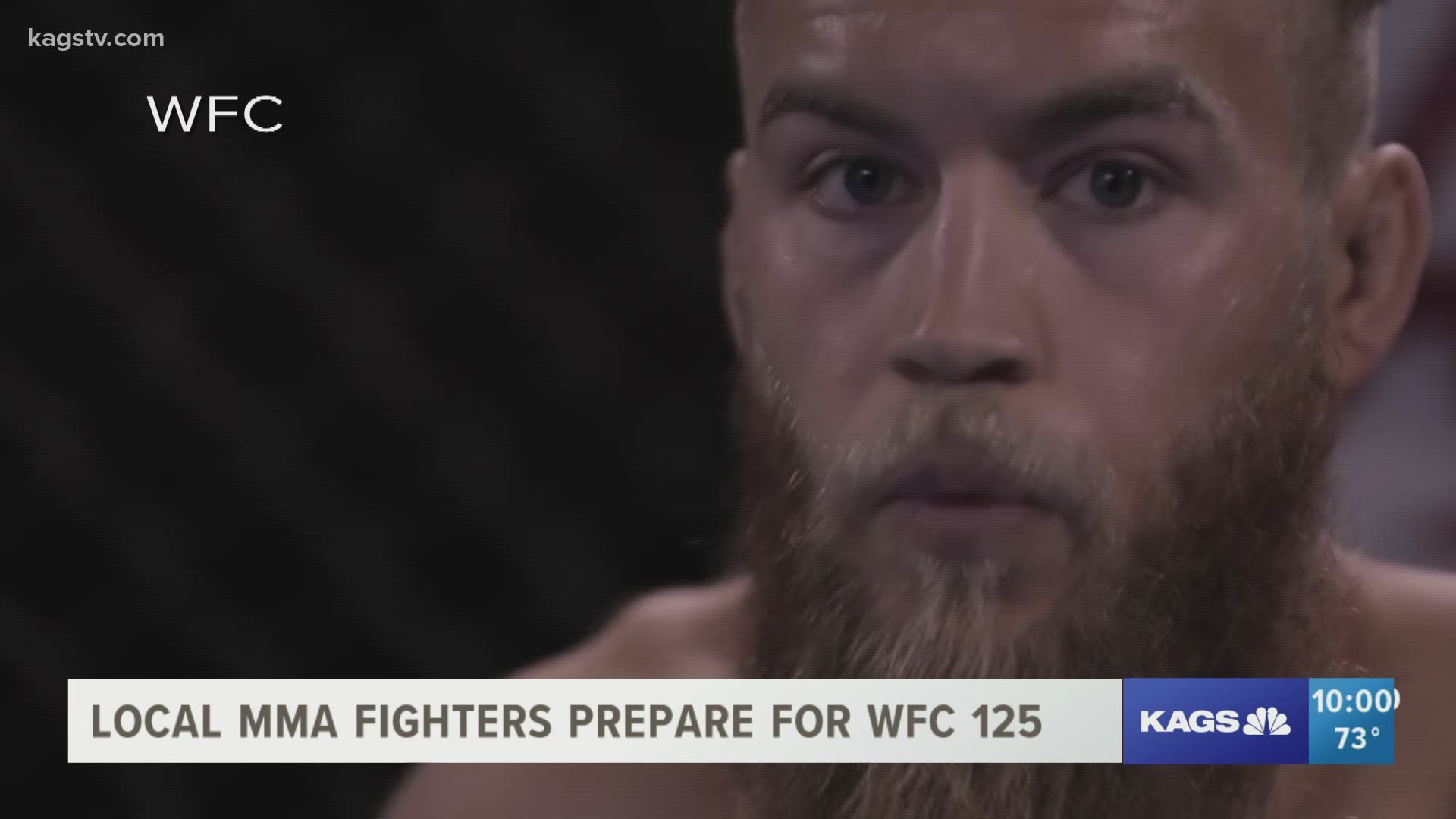 COLLEGE STATION, Texas — Saturday night, Reed Arena in College Station is going to be action-packed with some amazing MMA fighters for the 125th World Fighting Championships.

The WFC is bringing its Las Vegas-style combat fighting to the Brazos Valley including bright lights, great music, and of course three hours of high-octane, unhinged mixed martial arts.

What does it take to become a true professional MMA fighter?

Owner and head coach of Brazos Valley MMA & Fitness Bubba Bush said to be an MMA fighter you just go in the cage and fight, but to be a good MMA fighter, you need a lot of training and discipline.

“You’re going to get banged up,” Bubba said, “It’s a very physical sport, so if you’re doing it at a high level of intensity with other high-level athletes there’s a lot of rehab and self-care that goes into it that people don’t think about.”

Other than this being the first time the WFC is coming to the Brazos Valley, the new general manager for BVMMA Ellis Boyd said people should buy tickets to see the event in person because when you go to a local sporting event, it’s a different feeling when you know someone competing.

“Main event Nio, when he’s gonna be fighting, I know him personally,” Boyd said, “I’m sitting in the stands and it brings another level, another hype to that fight, it’s just such an entirely different experience when you’re there and you’re seeing it live in person.”

Nio Mino said his competitor, Amedeo Conta can absolutely beat him, but that’s the point.

“He’s a very dangerous athlete and that’s the reason why I’m fighting him,” Mino said, “You know I never want to take the position of “yeah I’m gonna win,” because if I think that I’m gonna win then why would I fight him? You know I always think my opponents that I’m accepting are all going to beat me, because why would I want someone I know I could beat?”

Mino is a youth coach at BVMMA and he said their motto is, “playing is the best cardio and mentality,” and that’s what he’s gonna do when he gets inside the cage, play.