PETA: Georgia 'must retire Uga immediately' because 'animals are NOT mascots'

The animal activist group took a clip from Saturday's game of Uga sitting in his doghouse and said he looked miserable. 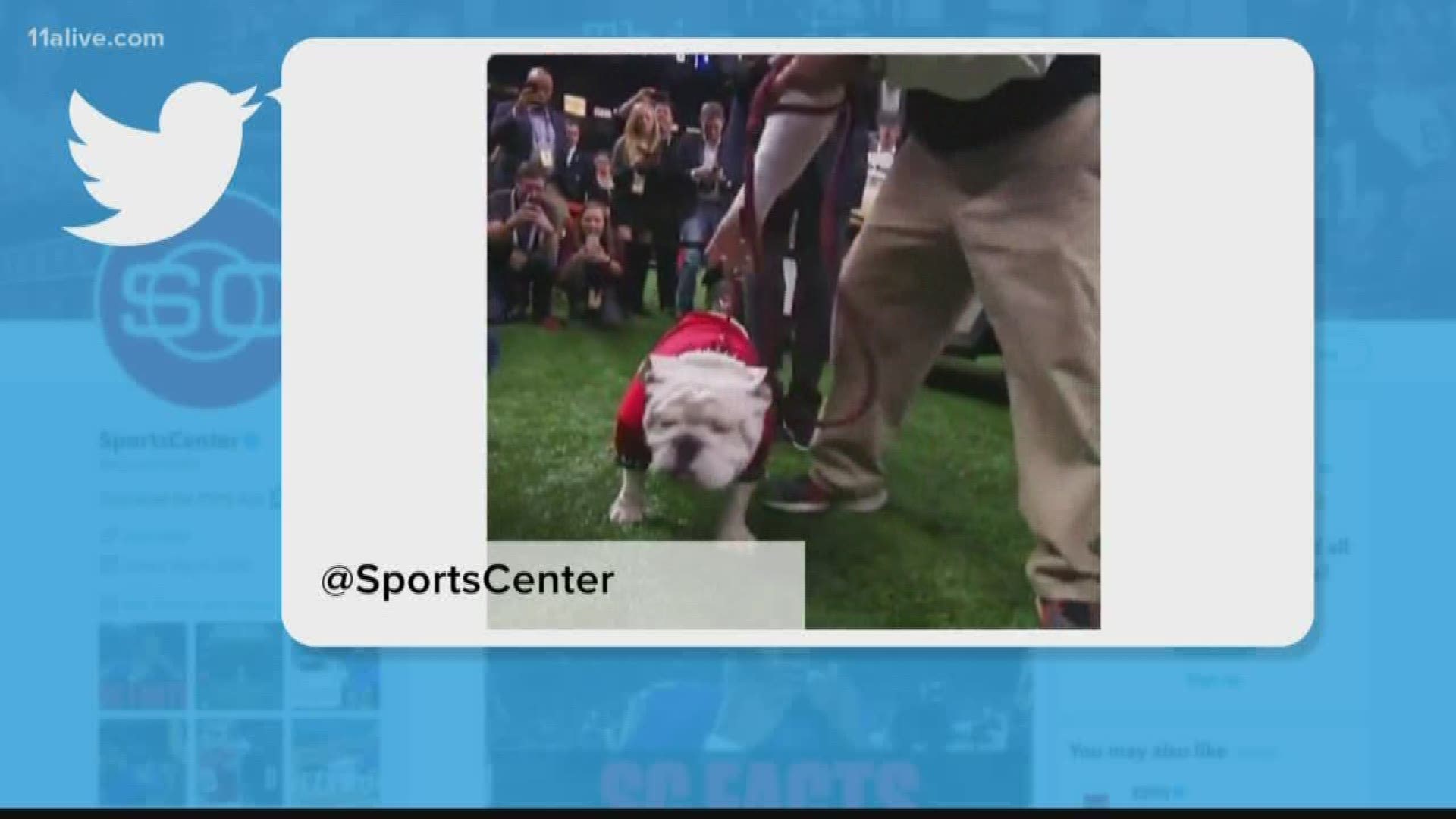 The animal activist group People for the Ethical Treatment of Animals is calling on the University of Georgia to stop using Uga the bulldog as a mascot.

PETA seized on a clip from Saturday's game, showing Uga in his doghouse appearing to sleep while it rained, and said: "HE LOOKS MISERABLE!"

RELATED: The most classic mascot in college football is Georgia's Uga, according to Sports Illustrated

"No dog deserves to be packed up, carted from state to state, and paraded in front of a stadium full of screaming fans," PETA tweeted. "Animals are NOT mascots. @UGAAthletics must retire Uga immediately! He should be at home with a loving family."

The tweet was liked 1,100 times and retweeted about 400 times, but has been replied to 2,200 times - a phenomenon on Twitter that broadly indicates wide disagreement with the tweet.

By contrast, a reply with a clip showing Uga at home was liked 3,500 times and received nearly 500 retweets.

PETA also urged the university to retire Uga back in 2018, after the University of Texas bovine mascot charged at the dog at the Sugar Bowl.

Uga primarily spends his time at home with his owners, the Seiler family. According to the official Georgia Bulldogs athletics site, his "on-field home is a permanent air conditioned doghouse located next to the cheerleaders' platform."

The current Uga, whose name is "Que," is the 10th in the line of pure white English bulldogs and has been the mascot since 2015. This year Sports Illustrated named Uga the greatest mascot in college football history.

Georgia Bulldogs' Uga through the years

The school has before faced questions about the practice of purebreeding each successive Uga, which can result in certain health issues. Uga VIII was less than a year-and-a-half old when he died of lymphoma in 2011. His predecessor, Uga VII, died a little more than a year after being introduced as the new Uga in 2009 due to heart-related causes.

In 2016, the UGA student newspaper The Red & Black reported the Seiler family was planning changes to the breeding process to produce healthier dogs.

“He’s my pet. I don’t want an unhealthy dog,” Charles Seiler told the paper at the time. “It doesn’t do us any good to breed these dogs to where they have problems. I’m actually breeding towards what’s best for Que.”

AP Poll: UGA holds onto the No. 4 spot; Oregon falls like a rock