Josh Heupel, 42, arrived at Rocky Top on Wednesday. He will be the 27th head coach of the Tennessee football program. 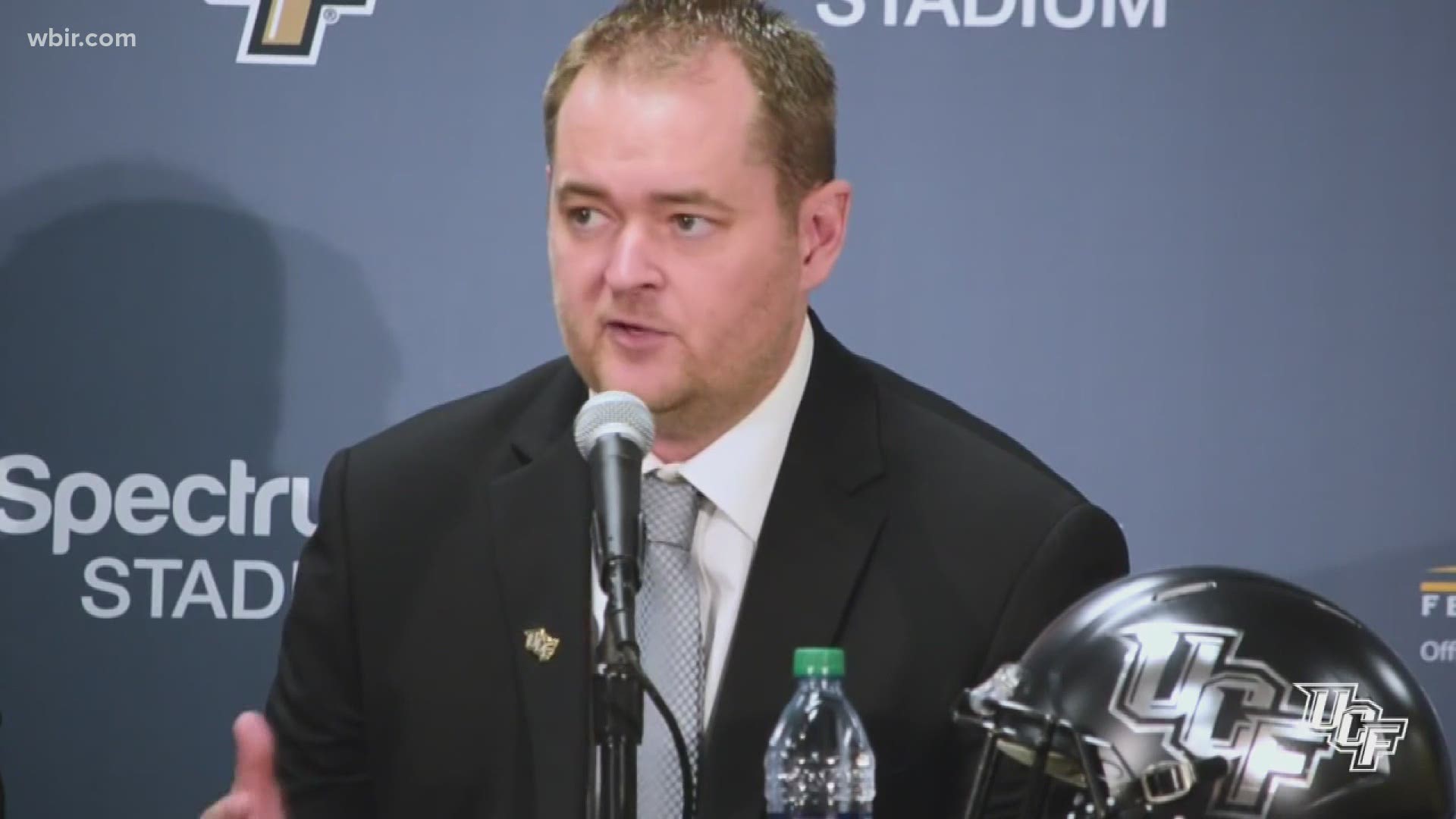 KNOXVILLE, Tenn. — Josh Heupel, 42, arrived at Rocky Top on Wednesday where he will be the 27th head coach of the Tennessee football program.

Athletic Director Danny White presented him with a Tennessee jersey that had the number 27 on it. He will replace Jeremy Pruitt, who has fired on Jan. 18 after a compliance investigation revealed possible Level I and Level II NCAA violations.

Along with the jersey, Heupel received other greetings from Vols fans in East Tennessee. Some painted The Rock to welcome him to the University of Tennessee.

In Alcoa, a billboard also welcomed him on his drive from the airport to the university. It featured a picture of the new coach. "Welcome to Rocky Top," it said, along with the Power-T logo.

Heupel, along with his wife Dawn and kids Hannah and Jace, arrived in Knoxville at noon.

According to the Memorandum of Understanding, UT will pay Heupel $4 million annually, a $275,000 base salary plus $3.725 million in supplemental compensation. The original contract will be for six years, through 2027, but could be automatically extended by a year based on possible NCAA sanctions.

The Rock has spoken 🗣 pic.twitter.com/wgmGUXTCNW