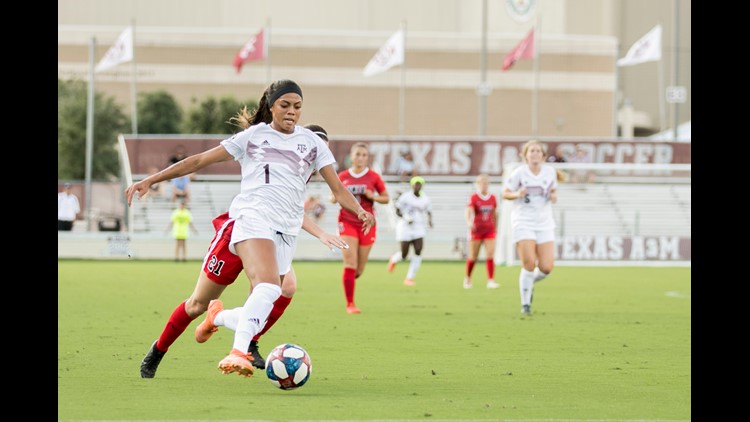 With all the players from the USA’s 2019 World Cup Team on break, Andonovski summoned younger players from collegiate soccer, the National Women’s Soccer League and pro leagues abroad with the goal of deepening the player pool and identifying possible call-ups for events in 2020.

The Colorado Springs, Colorado, native has prior experience with U.S. Soccer, including her sophomore year in 2016 when she redshirted to participate in the FIFA U20 Women’s World Cup in Papua New Guinea. She played in 14 matches for the United States U20 that season, including five matches at the World Cup. Watt was named FIFA Player of the Match in USA’s 2-1 victory over Mexico. She embarked on multiple United States U23 training camps in recent years.

Watt, the SEC Forward of the Year, led the league in points (39) and goals (16). She added seven assists, which ranked seventh in the league. Nationally, she ranks 12th in goals and 11th in points despite missing two matches. Watt earned SEC Offensive Player of the Week on two occasions in 2019 and garnered National Player of the Week recognition from USC following a six-goal weekend. In SEC play, she registered a league-leading 22 points on 10 goals and two assists, earning All-SEC First Team honors for the third consecutive season.

For her career, Watt logged 90 Aggie caps, including 79 starts. She notched 110 points on 49 goals and 12 assists. Watt ended her career ranked sixth on the Aggies’ career goals list.

She earned accolades that included United Soccer Coaches All-America First Team, TopDrawerSoccer.com Best XI Second Team, All-South Region First Team and All-SEC First Team following her junior campaign. The speedy forward led the SEC and ranked seventh in the nation with 15 goals in 2018. She added three assists on the year to rank third in the league with 33 points. A two-time SEC Offensive Player of the Week, she notched six game-winning goals and scored the first goal of the match on nine occasions, including golden goals in the regular-season finale at No. 17 South Carolina and the NCAA Tournament first round victory against North Texas.

Watt finished the 2017 season as the Aggies' leading scorer with 24 points on a team-high 11 goals and two assists. She earned All-SEC First Team, United Soccer Coaches All-Southeast Region First Team and SEC Tournament All-Tournament team recognition. Watt was named the SEC Offensive Player of the Week on Oct. 2 after scoring both goals in Texas A&M's 2-1 win over Arkansas.