The Bryan High School product is the Bearkats leading scorer after dropping at least 20 points in each of his past four games. 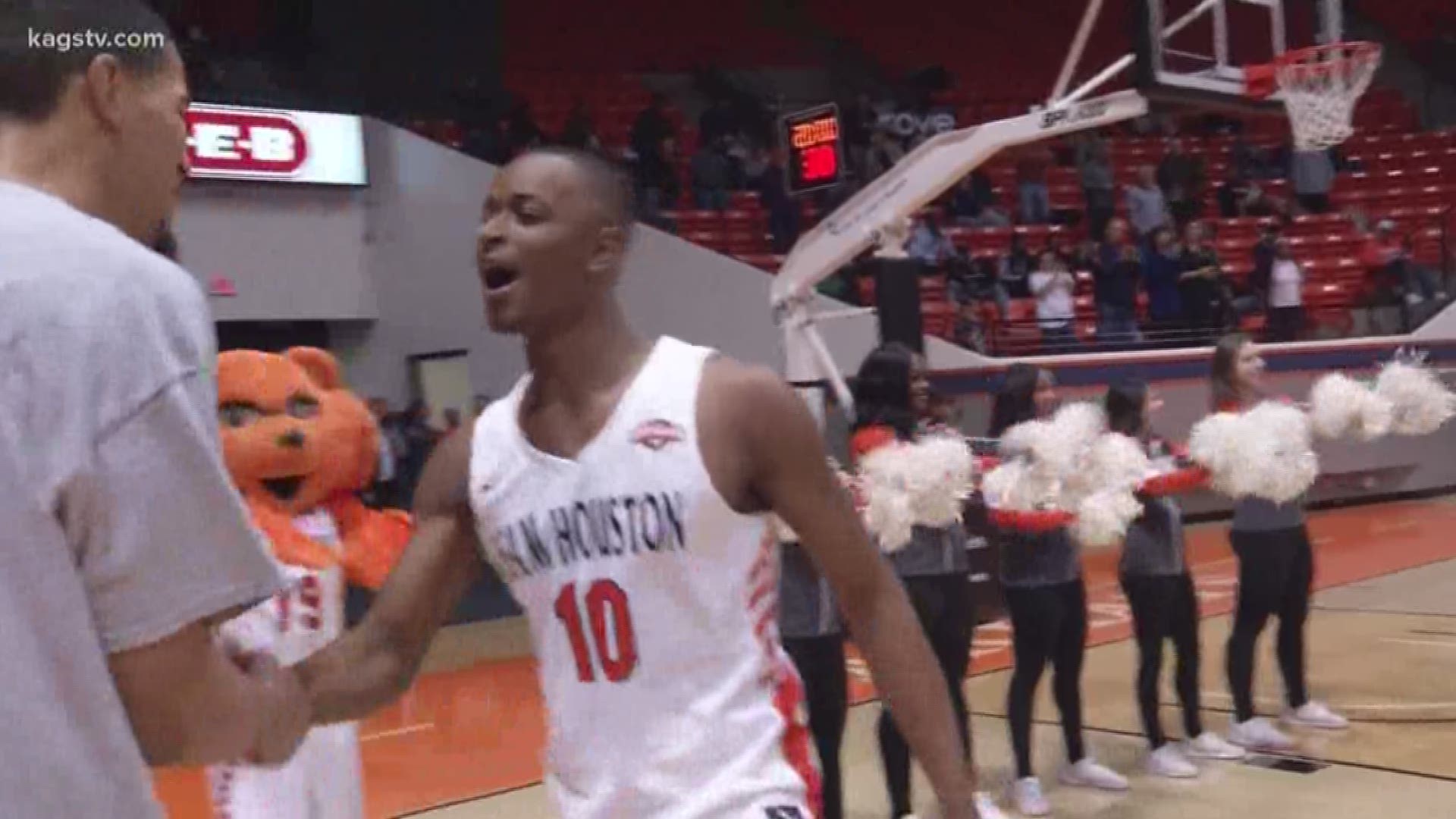 HUNTSVILLE, Texas — Zach Nutall may be a young man, but the Sam Houston State sophomore guard has an old school game.

He grew up watching Kobe and Dwyane Wade highlights, and tries to use what he learned from them as often as possible.

"Now that it's my time, I know I can perfect the midrange, perfect getting to the rim," Nutall says.

Sam's leading scorer can let it fly from deep, but he's at his best when he gets two feet in the paint.

"When he's inside out, he's hard to guard," SHSU head coach Jason Hooten says. "That pull-up jumper and his ability to put the ball on the floor is what makes his 3-pointer effective."

Effective doesn't even begin to describe the scoring tear the Bryan High School product is on right now. Nutall has scored at least 20 points in each of his last four games while shooting 52-percent from the floor. The most impressive part of it all, at least in his coach's eyes, is his patience within the offense.

"The defense now has to rotate and when they rotate, they make mistakes," Coach Hooten says. "He's taken of advantage of those mistakes of late."

"I just have to see how the defender is guarding me," Nutall, Sam's leading scorer, says. "I have a lot of tricks and a big bag so just trying to make sure I do what's well."

The Brazos Valley kid isn't a finished product yet but if he can become more consistent, Coach Hooten believes Nutall's ceiling might be even higher than his vertical jump.

"You can see a guy who might be able to average 20 points per game in our conference. A guy who can get into the talks of being one of the best players in Sam Houston State history," he says.

Nutall will go for his fifth straight 20-point game Wednesday night at home against Lamar.