'This is your duty': Holocaust survivor shares message of love through award-winning film

She's hip. She's sassy. She's one of the last remaining Holocaust survivors. And with the help of her filmmaker granddaughter, she is spreading her story of love over hate. 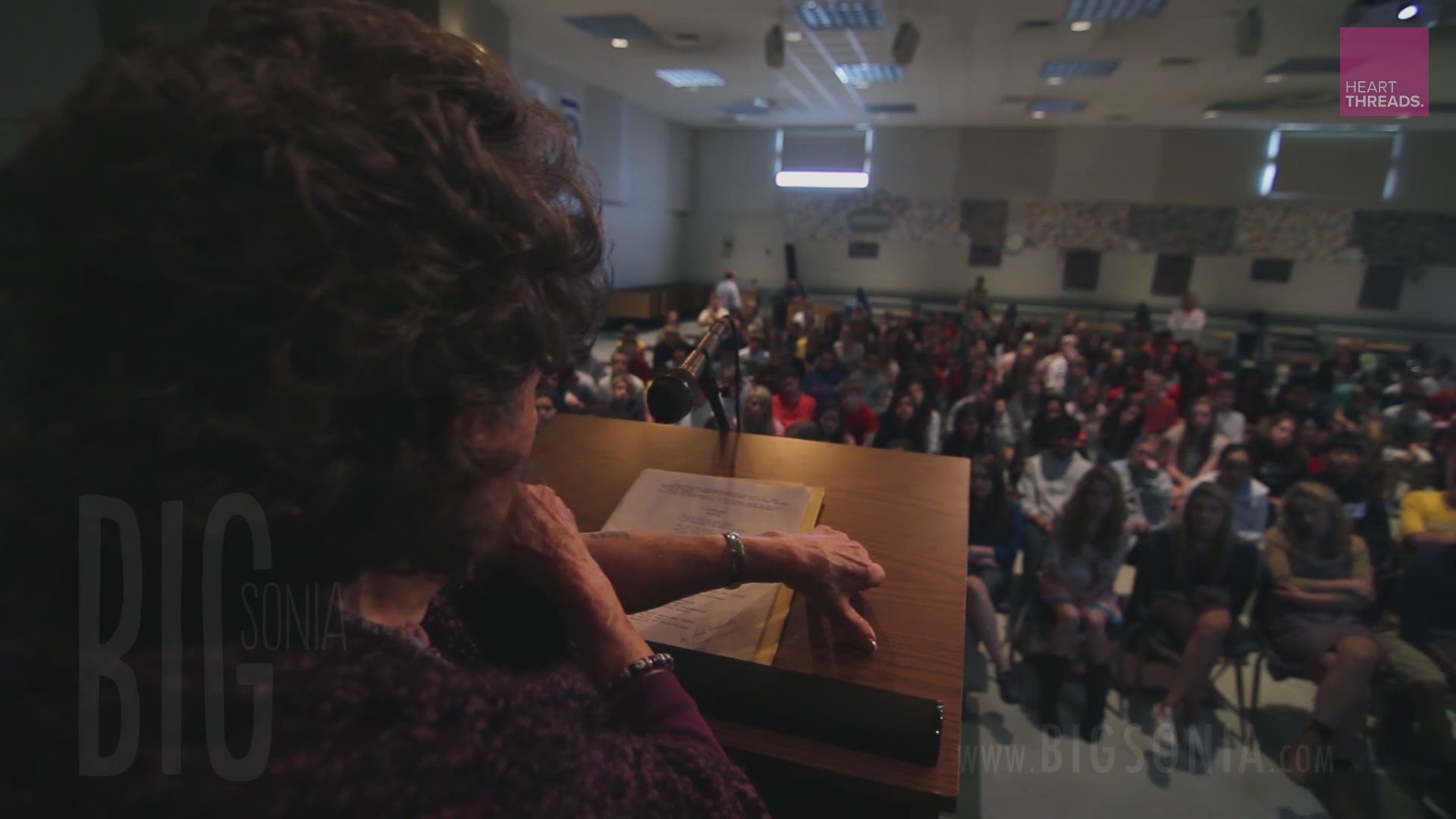 At first sight, it's obvious that Sonia Warshawski is a very hip grandma.

The 92-year-old is always dressed in accordance with her personality – bright and colorful. It’s typical to see a touch of cheetah print in her outfit along with her perfectly done hair and nails. These details, along with her bubbling conversation, make it easy to miss the small tattoo of numbers on her forearm.

Sonia is one of the last remaining Holocaust survivors. The distress she’s endured is something you’d never guess from the positivity she oozes.

As a teenager in Poland, Sonia hid under her bed in a trap door with other members of her family while Nazi soldiers marched into Miedzyrzec in September of 1939. The day she was discovered was the last day she saw her brother and father. She and her mother were taken to the Auschwitz concentration camp where they were separated into two lines. Her mother’s line was to the gas chamber.

These painful memories are part of the reason Sonia’s granddaughter Leah Warshawski and her husband Todd Soliday decided to document her story on film.

“When we started (filming) we realized within our lifetime all Holocaust survivors will be gone,” Leah said. “How do those stories get told? How do they get passed to the next generation?”

Leah and Todd began filming when Sonia was 85. Today, she is 92. The Warshawski family spent seven years making the film, and seven years learning more about their family history.

“(Growing up) we knew that Sonia had been through something horrific,” Leah said. “We didn’t know the details of what had happened until we started doing research for the film.”

“When [Leah] approached it I was thinking it was probably going to be just for the family,” Sonia explained. “But when I noticed them coming back and forth more…”

“You couldn’t get rid of us!” Leah said laughing.

Leah says the film has been a blessing but also knows it's more than just her grandmother's story.

“The backbone is Sonia’s story but the film is about so much more than just Sonia and Sonia’s story,” Leah said. “We didn’t want to tell a story that was just a Jewish story, just a Holocaust story, we wanted to make it universal for people of all ages, races and cultures. I’m just honored that the film is having the impact that it's having in the world. We couldn’t have asked for anything more.”

Since releasing their documentary Big Sonia, Leah, Sonia and Todd have traveled the country for screenings and won 18 awards.

The three-some landed in the U.S. capital after Sonia’s representative, Kansas Congressman Kevin Yoder, saw the film and asked to show it to fellow lawmakers.

“We thought during Holocaust Remembrance Day and the 73rd anniversary of Sonia’s liberation would be the perfect time to share this message of love over hate,” Leah said.

In order to travel, Sonia must take time off from her tailoring business she continues to operate. Yet she is happy to do so in an effort to spread her story - something she kept hidden for a long time.

“I really started to speak when I heard about denials,” Sonia said, noting she didn’t tell her story before due to survivor's guilt.

“Until I hear finally denials loudly, even on the radio, then it came like a thunder to my brain, ‘Sonia, this is your duty. You have to start speaking up and tell for the others who didn’t make it.’”