Make Safe Tech and Brazos Valley Economic Development Corporation have formed a partnership to bring companies to the area and keep them here. 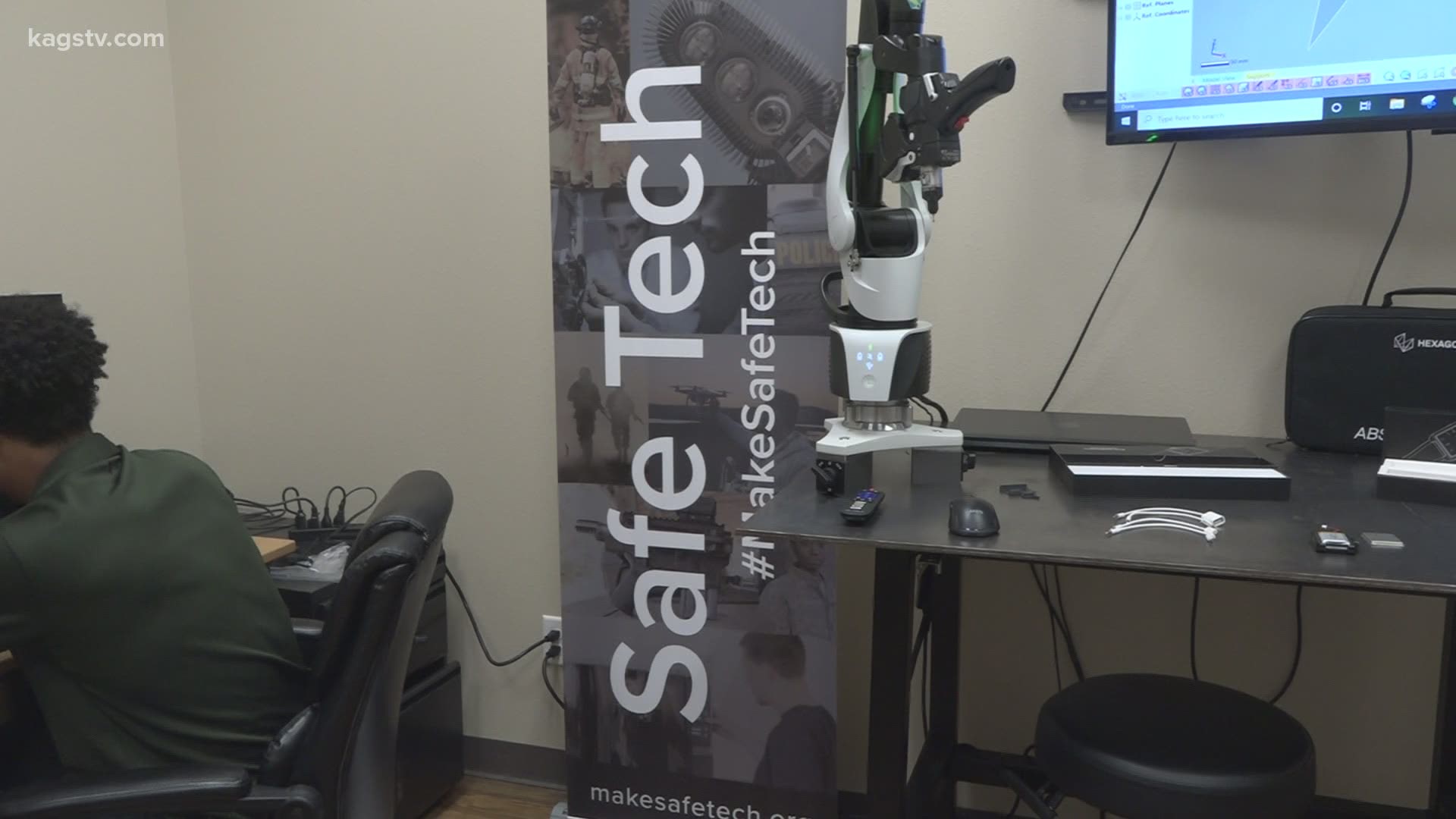 BRAZOS COUNTY, Texas — A new partnership is hoping to bring new companies and startups to the Brazos Valley. The Brazos Valley Economic Development Corporation and Make Safe Tech have teamed up to bring safety technology companies to the valley and make sure they’re successful.

Make Safe Tech may sound unfamiliar to some, but the non-profit is no stranger to the Brazos Valley.

“Safe Tech is formerly known as the A&M Innovation Center, it was originally known as the research valley innovation center," said Caleb Holt, the CEO and founder of Make Safe Tech. "The nonprofit has been in our valley since 2014.”

The membership based non-profit’s mission is to bring first responders and the armed forces together with companies that create safety technology.

“We’re very fortunate that we have about 50 members so far that are across the country," Holt said.

“When we go around the country we speak on behalf of the community," Holt said. "We are able to bring companies back to the Brazos Valley.”

BVEDC would help those companies by providing resources on how to locate to the valley, how to develop a workforce, what type of incentives there may be, among others.

“Currently, [Make Safe Tech] has five-to-ten companies that we hope will be part of the Brazos Valley economy, create new jobs and capital investment for our community," said Matt Prochaska, the president and CEO of the BVEDC.

Make Safe Tech believes the Brazos Valley is the ultimate location for developing safety technology with the resources like Texas A&M University, TEEX and even the upcoming George H.W. Bush combat development center in our own backyard.

“My goal is in managing our organization is to continue to make sure we continue to bring technology companies in that find an opportunity to really grow into the community," Holt said. "Really its hard for people to understand why they’re not already operating in the Brazos Valley.”

RELATED: Driving 'no texting' app helps you keep up with changing restaurant hours and openings