Nift is a customer sharing network that encourages local companies to send their customers to surrounding businesses they haven’t been to before. 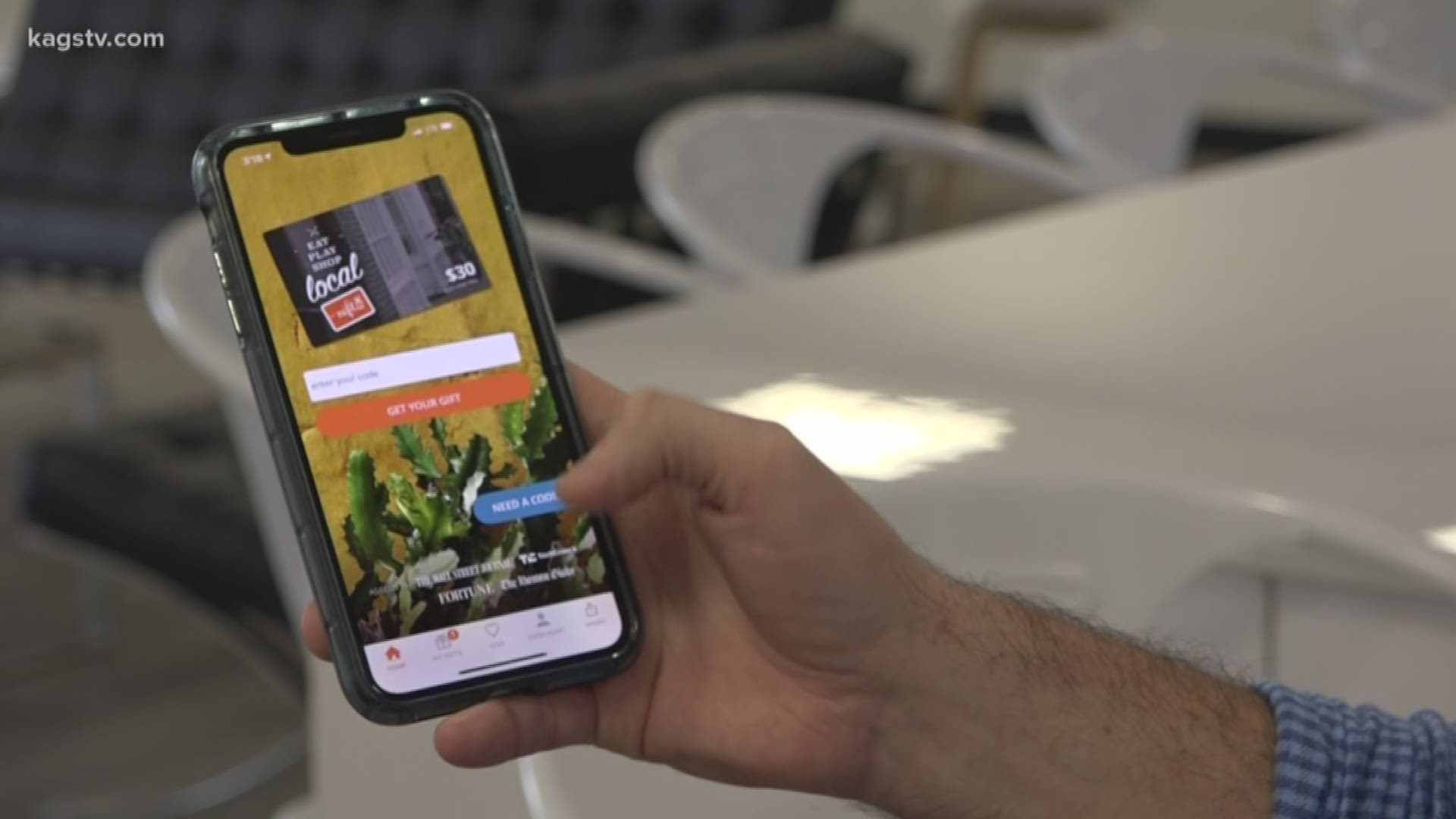 COLLEGE STATION, Texas — One tech startup that moved to Bryan-College Station last year is changing more than just the way local businesses support each other.

Nift is a customer sharing network that encourages local companies to send their customers to surrounding businesses they haven’t been to before.

“Say you’re a restaurant owner, it might be someone who spends really well one day, or it might be someone who repeats constantly every week, they’ll hand them a code, a card that has a code on it, eight digit code. They’ll go to our website…and we’ll have this algorithm go to work trying to identify exactly who the consumer is,” said Nift Vice President of Sales Michael Garland.

The customer then selects one of two gift options based on what the Nift network gathers that they would like to try. The idea is to hook in the customer to a new local business they would be willing to go to again.

“We have three million customers currently, in the network that are active… we’re growing super fast. And it’s really the speed in which we hire our talent today. That’s literally the number one thing that we’re looking to do is grow our workforce,” said Garland.

“We have 13,000 people who we have direct access to, who graduate every year from Texas A&M and Blinn, and then we are trying to figure out, okay we have great talent, how do we keep them? So we actually have a really cool recruiting process that they actually start entry level and can earn full-time positions as they graduate,” said Garland.

Retaining the enormous student population and growing the local economy is something the city continues to work on.

“It’s wonderful when companies start and are created locally. A very significant portion of our work is done with entrepreneurs, innovators. We love the innovation from the Brazos Valley, but there’s also a healthy mix of innovation that’s coming from outside, and that also want to take part in our economy,” said Brazos Valley EDC CEO Matt Prochaska.

Bringing in new companies is one way the Brazos Valley wants to bring more people to the area.

“Not only is it retaining our current talent pool of people and also making Brazos Valley attractive for those from around the state, around the country, and even internationally to see the quality of life we have here and the job opportunities. So if they’re attracted to also move here, we can grow together as a community,” said Prochaska.

After hitting its goal of hiring 400 employees, Nift now wants to hire one thousand employees by the end of the year, roughly 100 people every two weeks.

To understand the impact this goal may have on the surrounding area, we spoke with one management strategy professor at A&M.

“I think that the challenge of such a large growth rate inside of an organization is that it can really change the organizational culture, so if they have certain values or a certain approach to business that they’re trying to sustain, if you bring such an influx of new employees that can dramatically shift how that culture will work how that business will operate,” said Mays Business School Associate Professor Michael Howard.

Forbes ranked the Brazos Valley as one of best places for businesses and careers in the United States.

“The idea that cost is a critical element for those young startups, it’s still relatively inexpensive to conduct business here in the Bryan-College Station area compared to in Austin, or certainly California, Boston, places like that. So for the near term that could be a great incentive for new ventures to locate here, leveraging that cost in balance with the talent pool that exists here in the community,” said Howard.

He added that it takes time to see how a startup and its business will integrate itself in a community.

“ I think we’ll see over a period of years, hopefully many of these entrepreneurial ventures that are entering the community will have some success, and when we get two, three five years out, we’ll have kind of a nice core of businesses that can help sustain more hiring and more economic investment, which will then just have an accelerating effect. Other companies will see that and then choose to come into our company and then invest even more. So it’s actually a very exciting time to see how that will play out,” said Howard.

While Nift continues its outreach here in the Brazos Valley, the community can watch this company plant its feet in local soil and challenge the local economy.