TAMU Take: How serious is the Vertafore data breach?

The company admitted about 27.7 million Texans had their names, dates of birth, addresses and vehicle registration histories breached earlier this year 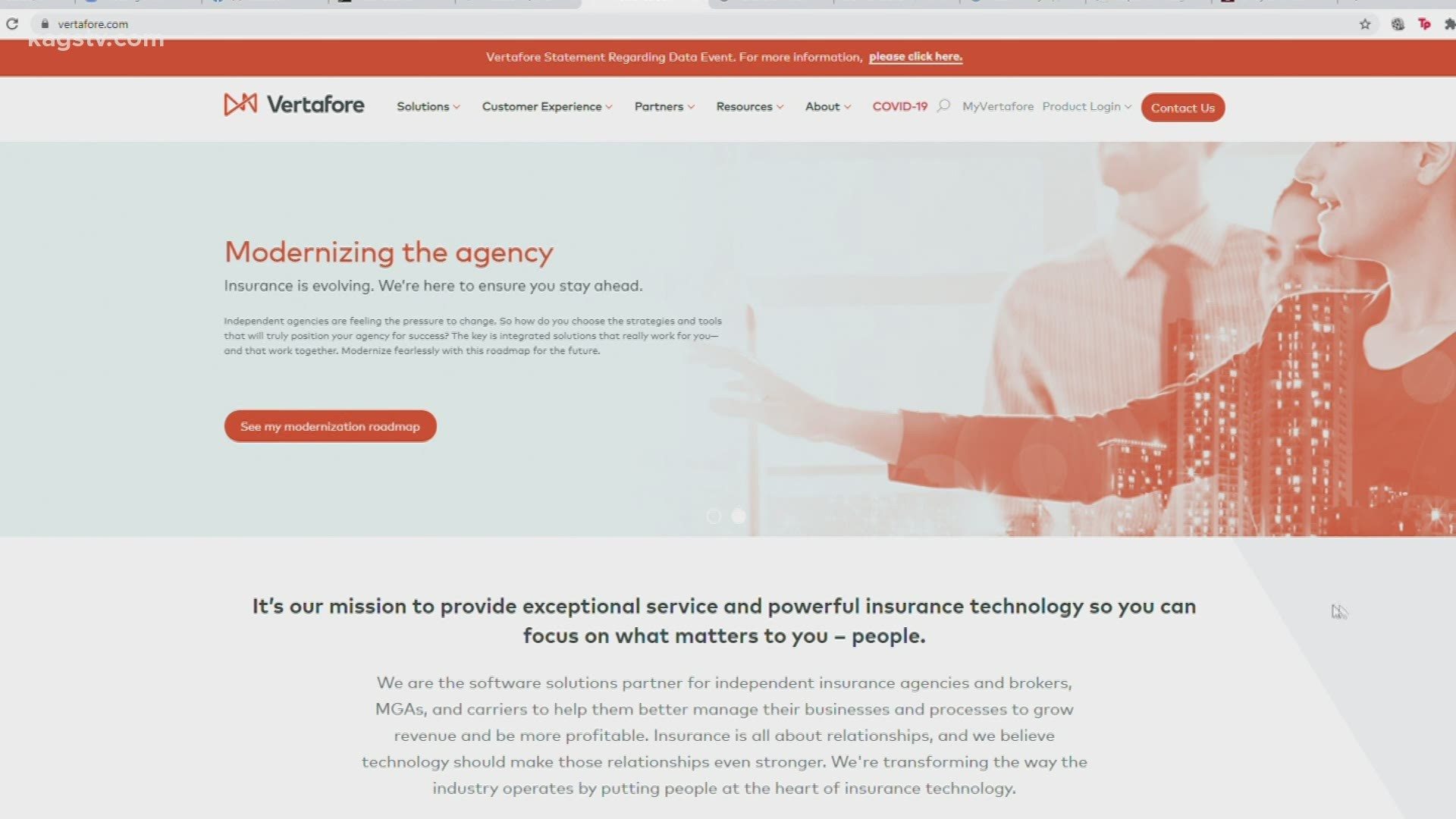 COLLEGE STATION, Texas — If you have a Texas drivers license, you might be one of the millions affected by a data breach.

What personal information was stolen and how big of an issue will this become?

We talked to an expert.

Vertafore, an insurance software company, partners with insurance agencies and brokers to help them manage their businesses.

This week, they admitted about 27.7 million Texans had their names, dates of birth, addresses and vehicle registration histories breached earlier this year.

The company is blaming human error, saying the data was put at risk back in March 2020 when someone put three company files on “an unsecured external storage device that was accessed without authorization.”

After an investigation though, they say they don’t believe any of the information has been misused.

Carriers, you won’t want to miss this! Sign up for our webinar to see how you can achieve operational excellence and gain the edge in an increasingly digital world. https://t.co/2MmN3fdvcI pic.twitter.com/6q6DvYJsQV

Should those affected still be concerned anyway?

Mays Business School clinical professor Dwayne Whitten said just because that data has not been misused so far, that does not mean it won't be in the future.

There is a bright side, though.

Professor Whitten says there’s no way to figure out the likelihood of that information being misused in the future, but the bad guys could combine it with other personal data to make a more complete profile of someone.

Either way, there is still a lesson to be learned here.

“It’s a good reminder we should still be monitoring our credit reports, we still should be looking at our bank statements and credit card statements on a regular basis,” Professor Whitten said.

Vertafore said they are notifying those whose data was breached and they are offering one year of free credit monitoring and identification restoration services.

You can find out more about the breach and take action if you think you were affected here.

RELATED: Have a Texas driver license? Your information may have been leaked: What you can do now