Police said the driver was going the wrong way on westbound Interstate 30 at the time of the three-vehicle crash. 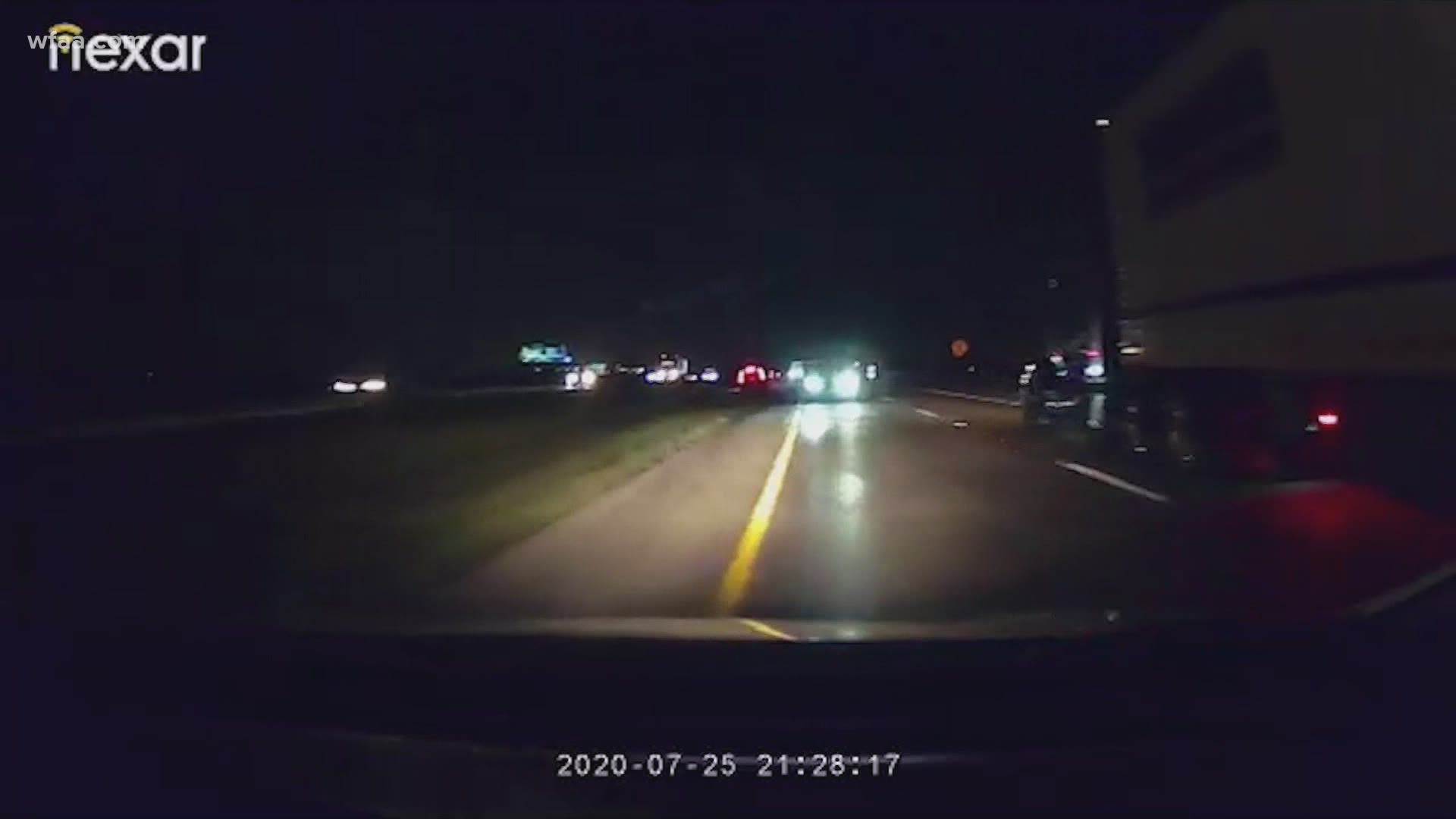 Updated at 4 p.m. to add statements from the justice's colleagues.

A justice of Texas' Fifth District Court of Appeals was killed in a crash Saturday night in Royse City, police said.

The crash happened around 9:30 p.m. on westbound Interstate 30 near FM 2642 and involved three vehicles, according to police.

Police say Megan E. Smith, a 32-year-old from Royse City, was driving the wrong way in the westbound lanes of the highway when she hit two other vehicles.

One vehicle she allegedly hit was driven by Justice David L. Bridges of Rockwall, according to police. His vehicle caught fire "as a result of the collision," and he died at the scene.

Police said the driver of the second vehicle Smith is accused of hitting was not hurt in the crash.

Smith was taken to a local hospital with minor injuries and then was arrested upon her release on a charge of intoxication manslaughter, a second-degree felony, police said.

She was booked into the Hunt County jail.

Police did not provide any additional details about the other drivers or vehicles involved in the crash.

The investigation into the crash is ongoing, police say.

Bridges was born in Fort Worth in 1955, his bio on the State of Texas Judicial Branch's website says.

He attended Texas Tech School of Law and went on to be an assistant district attorney in Smith and Upshur counties before he was elected to the Fifth District Court of Appeals in 1996, according to the bio.

An Army veteran, Bridges also worked with the State Bar of Texas before he was elected justice.

The Fifth District Court of Appeals is based in Dallas and serves Collin, Dallas, Grayson, Hunt, Kaufman and Rockwall counties.

"The judiciary is shocked by this news. This is a very sad day at the George Allen Courthouse and a real loss for the legal community," Judge Craig Smith said in a statement. "Justice Bridges was a good man, a fine jurist and a person whose contributions to public service should be commended and remembered."

“Justice Bridges has served our Country throughout his entire life. He served in the United States Army, as an Assistant District Attorney, and then as Justice of the Fifth District Court of Appeals. His life was an example that we should all strive to follow.

“Justice Bridges was tragically taken from us, from his family, by the careless actions of a drunk driver. Our thoughts and prayers are with his family and friends during this time. His passing is a loss to our country and to the citizens of Dallas.”

The group also said Bridges would "forever be remembered."

The Dallas County Democratic Party issued a statement as well to express their condolences, combined with a number of the justice's colleagues on the Fifth District.

"Justice Bridges was someone who was greatly respected by the legal community, and he had established a reputation for collegiality, collaboration with fellow Justices, and genuine love of the law. The Democratic Party extends its deepest condolences to Justice Bridges' family at this time," said Carol Donovan, the party's chair.

Below are a number of statements from Bridges' fellow justices:

Chief Justice Robert Burns: "The Fifth District Court of Appeals family is devastated by the terrible tragedy and loss of our esteemed colleague."

Justice Erin Nowell: “I am grateful that I had the chance to work with Justice Bridges. He was compassionate and generous. We will miss him.”

Justice Ken Molberg: "It is at times like these that we realize how fragile life is. Justice Bridges was a fine public servant. We hold his family in our prayers."