December marks the beginning of cedar season and pollen has already been detected by KVUE meteorologists. 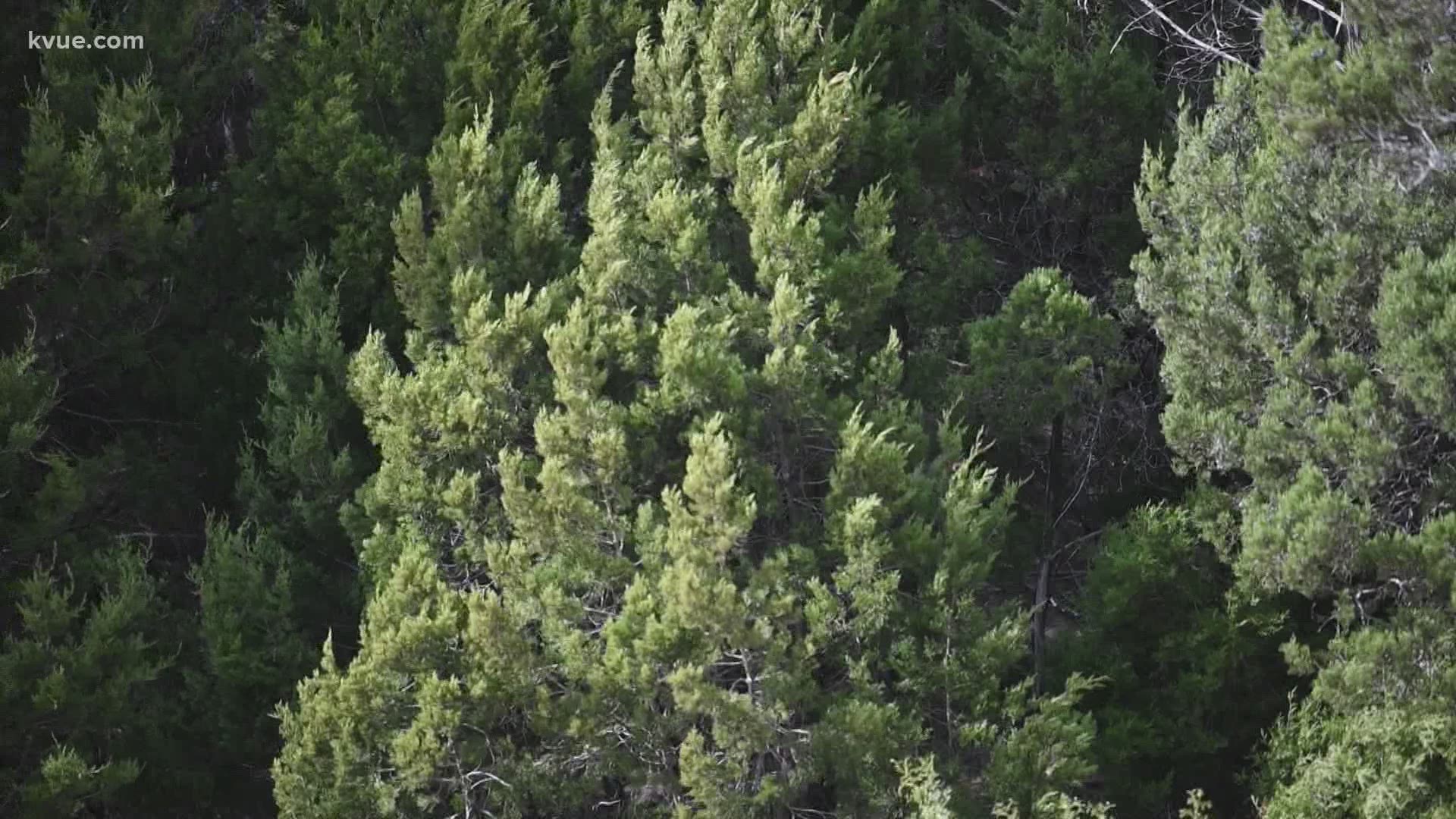 AUSTIN, Texas — December is normally known for hosting "the most wonderful time of the year," that is unless you suffer from cedar allergies.

According to Texas MedClinic, mountain cedar is considered the most allergenic tree in Central Texas and can cause numerous symptoms such as sneezing, runny nose and watery eyes. Some symptoms might even mimic those of COVID-19, like headaches and partial loss of smell.

While cedar season spans from the end of November until March, the peak months are December through February. The highest cedar pollen counts occur when a dry, strong, northwest wind blows pollen from the northwest into Central Texas. That strong wind also shakes trees to release some of that pollen.

Now that the KVUE viewing area has undergone its first official widespread freeze for the season, our meteorologists will be keeping a close eye on the pollen count for traces of cedar. As of Dec. 3, one grain of cedar pollen was detected at our testing site.

While the count is low and widespread symptoms should not be widely felt, Texas MedClinic suggests a variety of steps to help reduce symptoms and exposure to pollen. Some tips include keeping doors and windows closed, changing your AC filter often, and changing your clothes after spending a lot of time outside. Allergy sufferers can also utilize over-the-counter medications to help manage symptoms.

Cedar season is here: What you need to know

Austin cedar fever: Here are the symptoms you need to know

Samples are reported in grains per cubic meter of air. Air samples are collected daily outside the KVUE studios using an air sampler designed specifically for this purpose. KVUE is the only television station in the region to take its own daily pollen counts and the only source for pollen counts every day of the year. The numbers reflect the most recent reading, usually updated by 9 a.m. each weekday. Readings are taken on the weekends as well but may be updated later in the day.

WATCH: How to avoid getting Cedar Fever in Central Texas

As mayor urged Austin to ‘stay home,’ he was vacationing in Mexico following daughter’s wedding

A family of his own: Sweet Central Texas boy waits and hopes to get adopted