Cedar season is here: What you need to know

With our first widespread freeze behind us, it's only a matter of time before the allergen count increases. 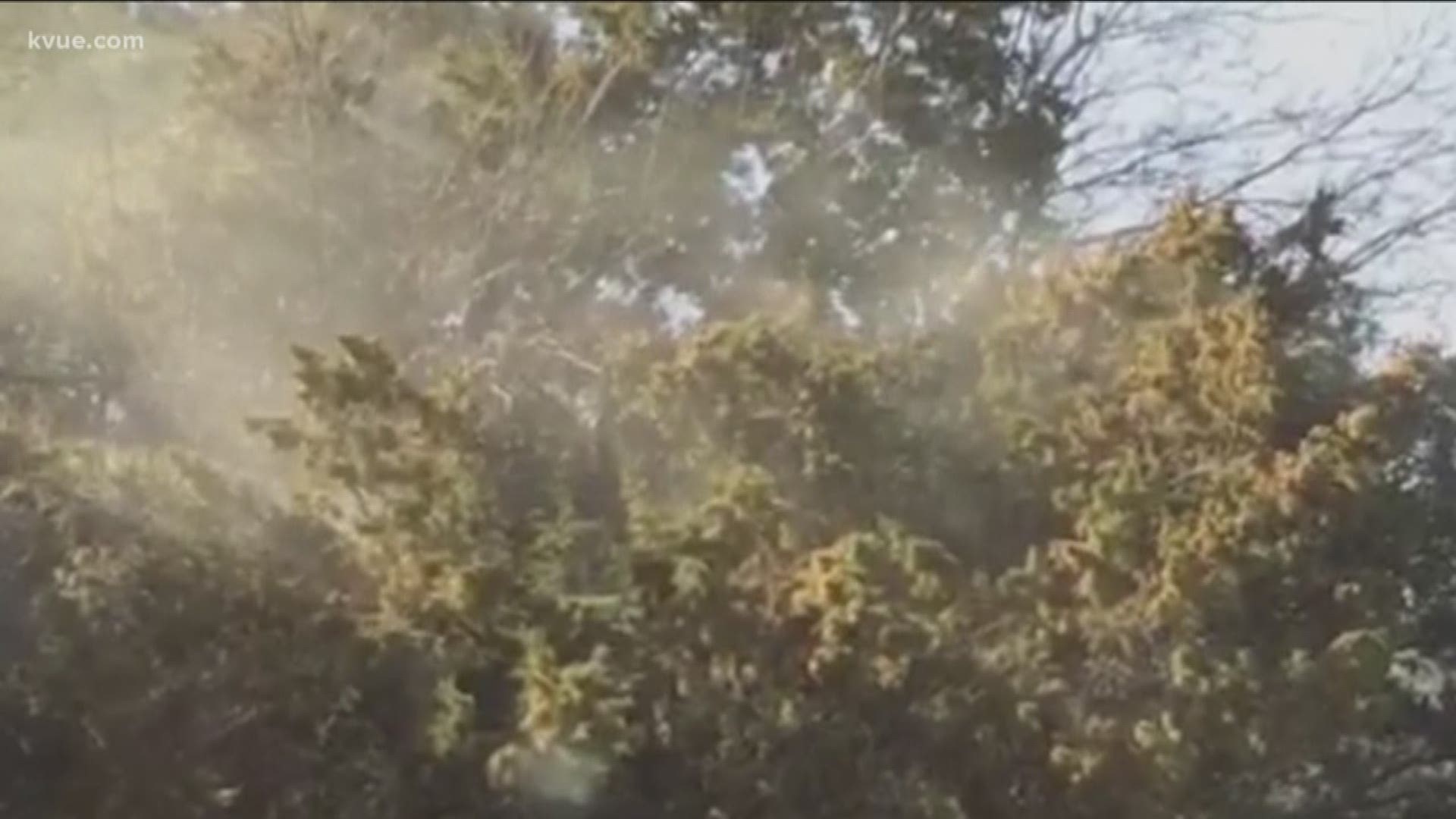 December is normally known for hosting "the most wonderful time of the year," that is unless you suffer from cedar allergies.

According to Texas MedClinic, mountain cedar is considered the most allergenic tree in Central Texas and can cause numerous symptoms such as sneezing, runny nose and watery eyes. Some symptoms might even mimic those of COVID-19 like headaches and partial loss of smell.

While cedar season spans from the end of November until March, the peak months are December through February. Chief Meteorologist Erika Lopez says this is due to strong winds from the north blowing pollen into the region after freezing conditions have occurred.

Now that the KVUE viewing area has undergone its first official widespread freeze for the season, our meteorologists will be keeping a close eye on the pollen count for traces of cedar. As of Dec. 1, no cedar pollen was detected at our testing site.

Texas MedClinic suggests a variety of steps to help reduce symptoms and exposure to pollen. Some tips include keeping doors and windows closed, changing your AC filter often, and changing your clothes after spending a lot of time outside. Allergy sufferers can also utilize over-the-counter medications to help manage symptoms.