360,000 have evacuated South Carolina coast so far due to hurricane

The coastline of South Carolina could experience hurricane force winds for much of the next day. 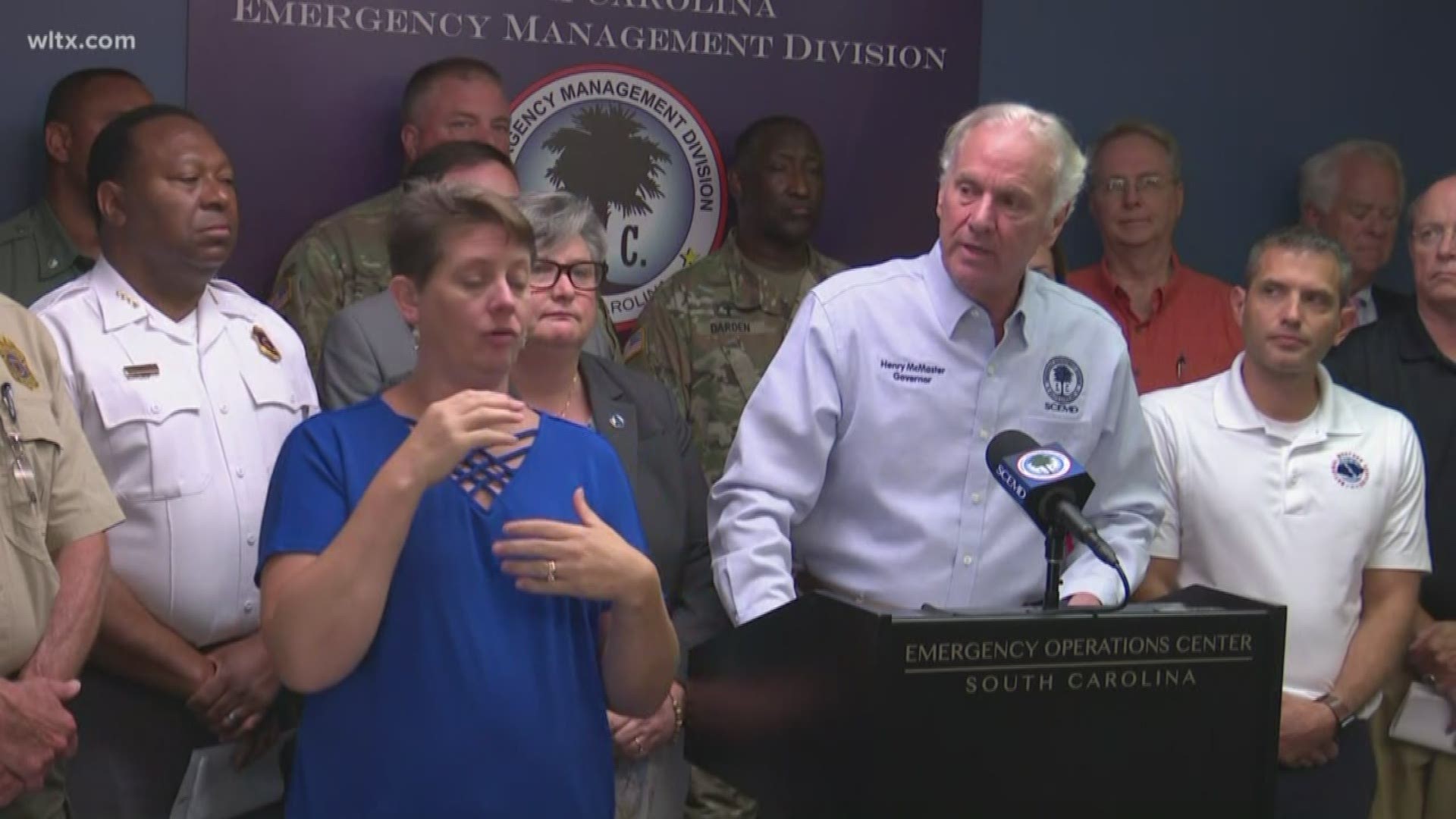 WEST COLUMBIA, S.C. — South Carolina Gov. Henry McMaster is once again pleading for anyone who hasn't evacuated the coast to leave now, as Hurricane Dorian is expected to bring possibly hurricane force winds to the area Thursday.

STAY UP TO DATE: Download the WLTX app: Android | iPhone and sign up for the WLTX Daily Dive Newsletter.

RELATED: Timeline: What to expect in the Midlands with Dorian

Transportation officials reversed all lanes of Interstate 26 between Charleston and Columbia Monday to make it easier for people to leave the area. But those reversals have now ended.

McMaster said the people who choose to stay have to be careful, and understand that if they have trouble, emergency responders may not be able to come to them. That's because when the sustained winds get too high, crews can't be out on the street.

The state has opened shelters for evacuees. For a full list, go to the South Carolina Emergency Management Division's emergency shelter page.

RELATED: From Midlands to coast, classes cancelled for Hurricane Dorian

McMaster also ordered coastal schools and government offices closed Tuesday, but said he would wait and see how many schools might be needed for shelters before talking to districts about cancelling classes in inland areas later this week.

STAY UP TO DATE: Download the WLTX app: Android | iPhone and sign up for the WLTX Daily Dive Newsletter.