Delta strengthens into a Major Hurricane, Category 4, expected to crash into the Gulf Coast late-week. 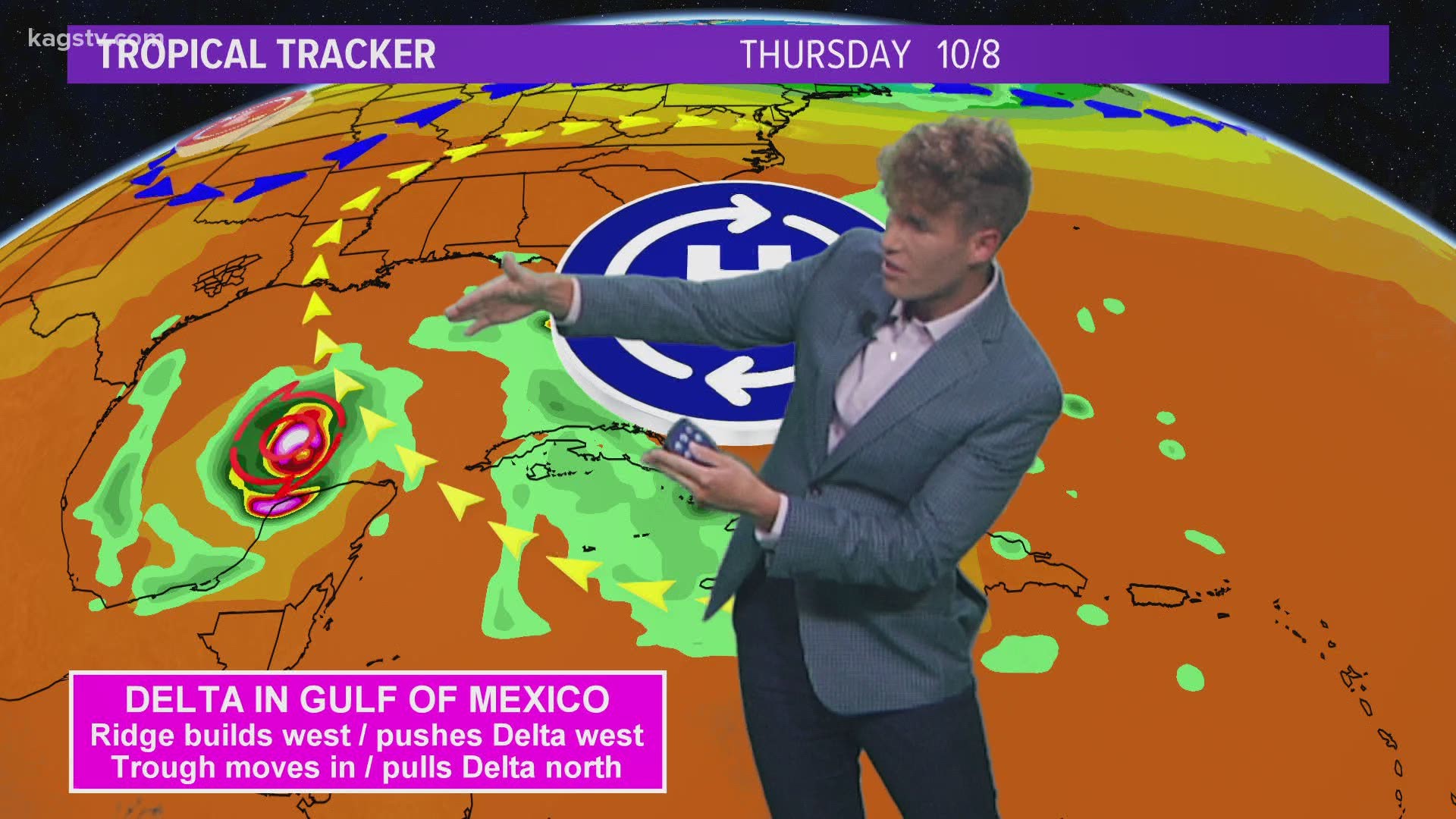 BRYAN, Texas — Delta remains a Major Category 4 Hurricane but the sustained winds have decreased to 130 mph. Delta is forecast to move northwest and enter the Gulf of Mexico late-Wednesday.

Delta will continue the northwesterly motion into mid-week as a ridge builds in from the east. The latest guidance shows the ridge building north, which has shifted Delta's forecast track farther west.

By late-week, the ridge will begin to slightly weaken and shift east as a trough moves into central parts of the country. This will allow Delta to start moving north, followed by a northeasterly motion through the weekend.

Landfall is expected late-Friday along the Louisiana coast as a Category 3 Hurricane. This will spread heavy rainfall into a large part of the north-central Gulf Coast, and eventually into the Southeast as Delta moves northeast. Flooding, storm surge, and winds are the main hazards.

There is still a touch of uncertainty depicted in numerical guidance. The model spread has increased over the past 24-hours, which indicates all of the Louisiana coast is in play for a late-Friday landfall.

All areas from the upper-Texas coast to the Florida Panhandle need to keep a close eye on Delta for changes in the forecast over the next 24-48 hours.