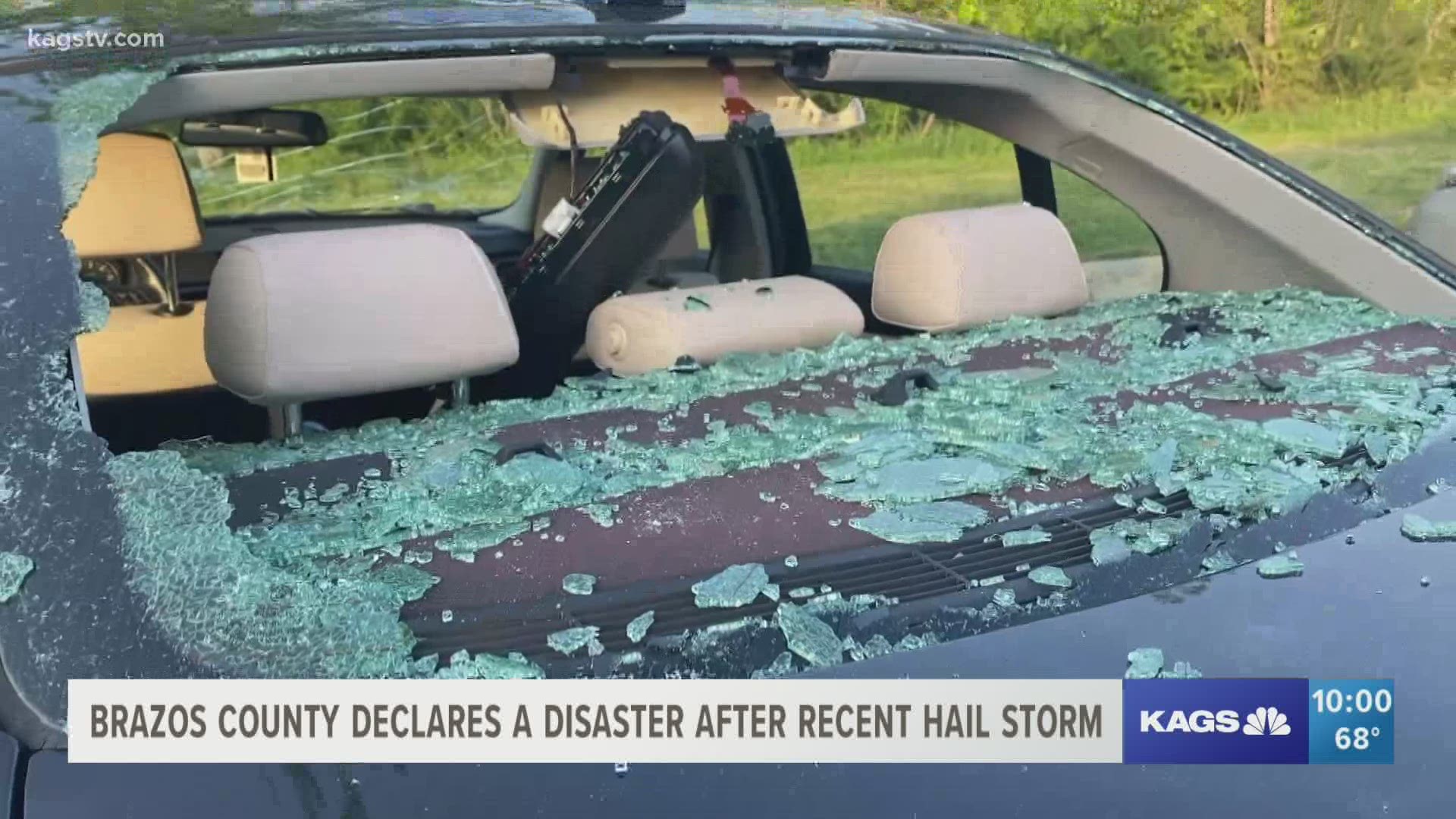 BRAZOS COUNTY, Texas — It’s been almost a week since the disastrous hailstorm ripped through Brazos County. People’s cars still have shattered windshields, leaving them with no transportation. Thankfully, there are people in our area who are stepping up to help.

To put it simply, judge peters said the declaration makes money available to those who need it.

“It is a disaster in the sense of the financial disaster could cause the county,” Judge Peters said.

Judge Peters said if we don’t need the money, then we won’t use it.

Tonight on @KAGSnews at 10, find out what the declaration means for you and what one hail damage repair shop is doing for the community. pic.twitter.com/abPSBp4Zn3

“But we want to be sure we can take care of it,” Judge Peters said, “if it becomes necessary to reach into there [the funds], if we find a lot more damage than we were expecting, then we will be able to access that money.”

This year has been wild for the Brazos County and Judge Peters said he’s never seen anything like it.

He said it seems like there’s something new every week, but there’s always light at the end of the tunnel.

One team helping the community find that light is Hail Solutions.

Since Monday of this week, their tents have been set up all over B-CS.

Site manager John Galvez said the idea of setting up tents in a city that got hit by a catastrophe is so they can help the people get back on the road faster and safer.

“Body shops out here [in the B-CS area] can get backed up and it can take them anywhere between 6 months to handle every car in the city,” Galvez said.

Galvez said he and his team love coming to help the community and sometimes they can offer people things they wouldn’t get anywhere else.

“We build clientele, we build relationships and you know this is America, everyone is eventually going to become friends one day,” Galvez said.