The team has practiced, trained and has been deployed for several storms over their decade-long history, and are leaving for the Beaumont area Thursday morning. 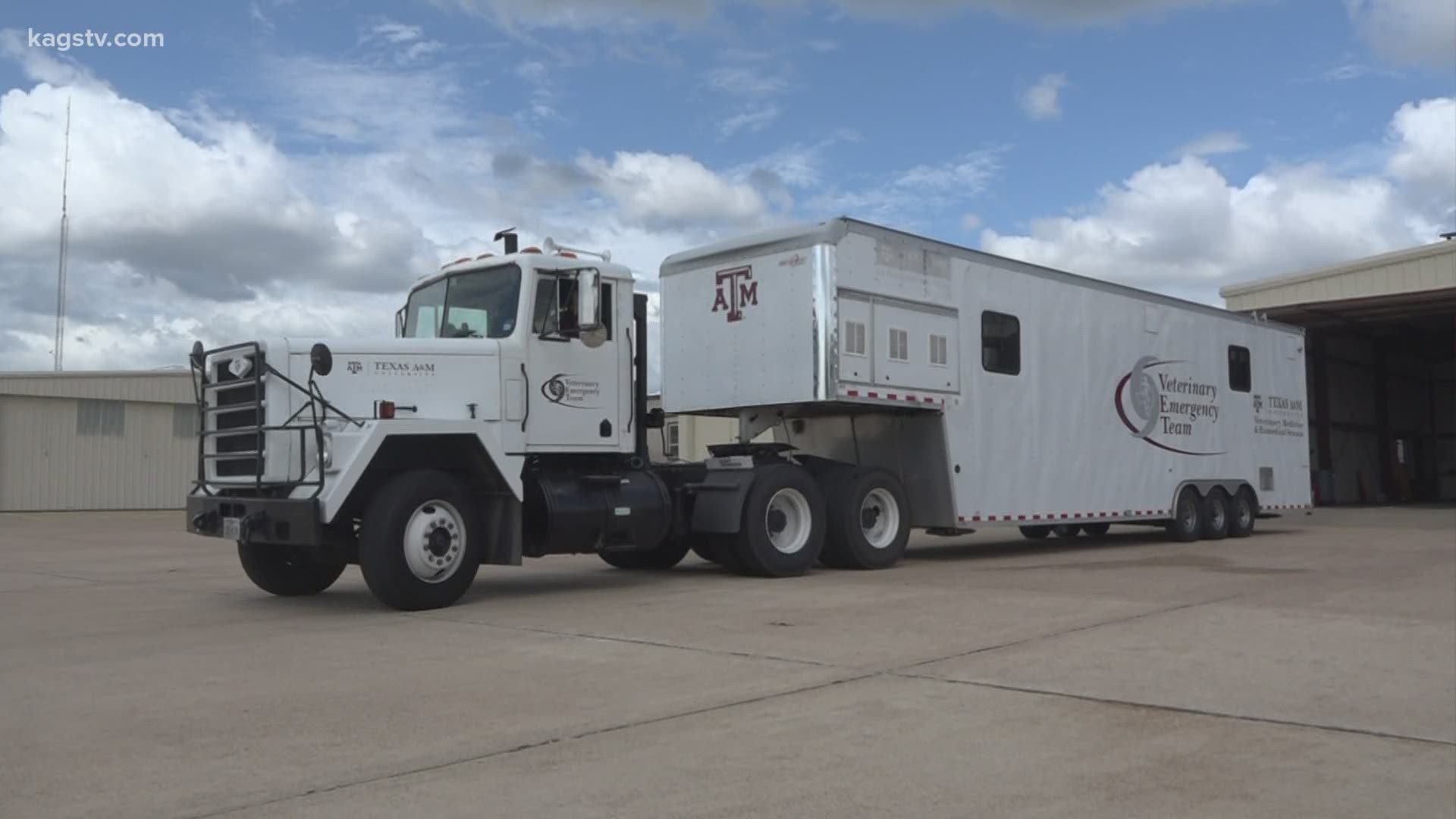 Texas A&M University is sending help to the Gulf Coast on all fronts.

On Thursday morning they’re even deploying their veterinary team to give care to animals who’ll be affected by Hurricane Laura.

Their emergency response team of veterinarians and students from the A&M veterinary school is headed to Beaumont.

The team has practiced, trained and has been deployed for several storms over their decade-long history.

They are equipped for a range of natural disasters, and for Hurricane Laura the response team is sending about 10 trucks or mobile vet hospitals for companion, farm and any other animals they’re able to help with all sorts of issues.

“Storm surge is going to be an issue," said Associate Professor and Director of the TAMU Veterinary Emergency Team, Wesley Bissett, "you’ve got the influx of saltwater from the Gulf of Mexico that comes inland and contaminates everything, and they can wind up with a salt toxicity.

Bissett anticipates that Laura will be a, "tough response" for his team, but he is confident in himself and his team.

The VET will be deploying to Jefferson County tomorrow morning to serve residents affected by Hurricane Laura by providing veterinary medical support to animals injured by the storm. https://t.co/AxjBrtl9kX

“We’ve been around for 10 years. We’re gonna have six Texas A&M Agrilife Extension agents from around the state that are deploying with us. All very seasoned responders. They bring their own expertise.”

With all the experiences the Veterinary Emergency Team has had in the past decade, its about helping those beyond their line of work.

“When you provide safe haven for animals, you’re providing safe haven for people," Bissett said,“being able to help someone on their worst day. That is a really satisfying thing to do.”

The emergency team is assigned for a 14 day deployment, but that might change depending on how hard the gulf is hit by Laura.