The moving library bus will make its way around Bryan this summer and school year. 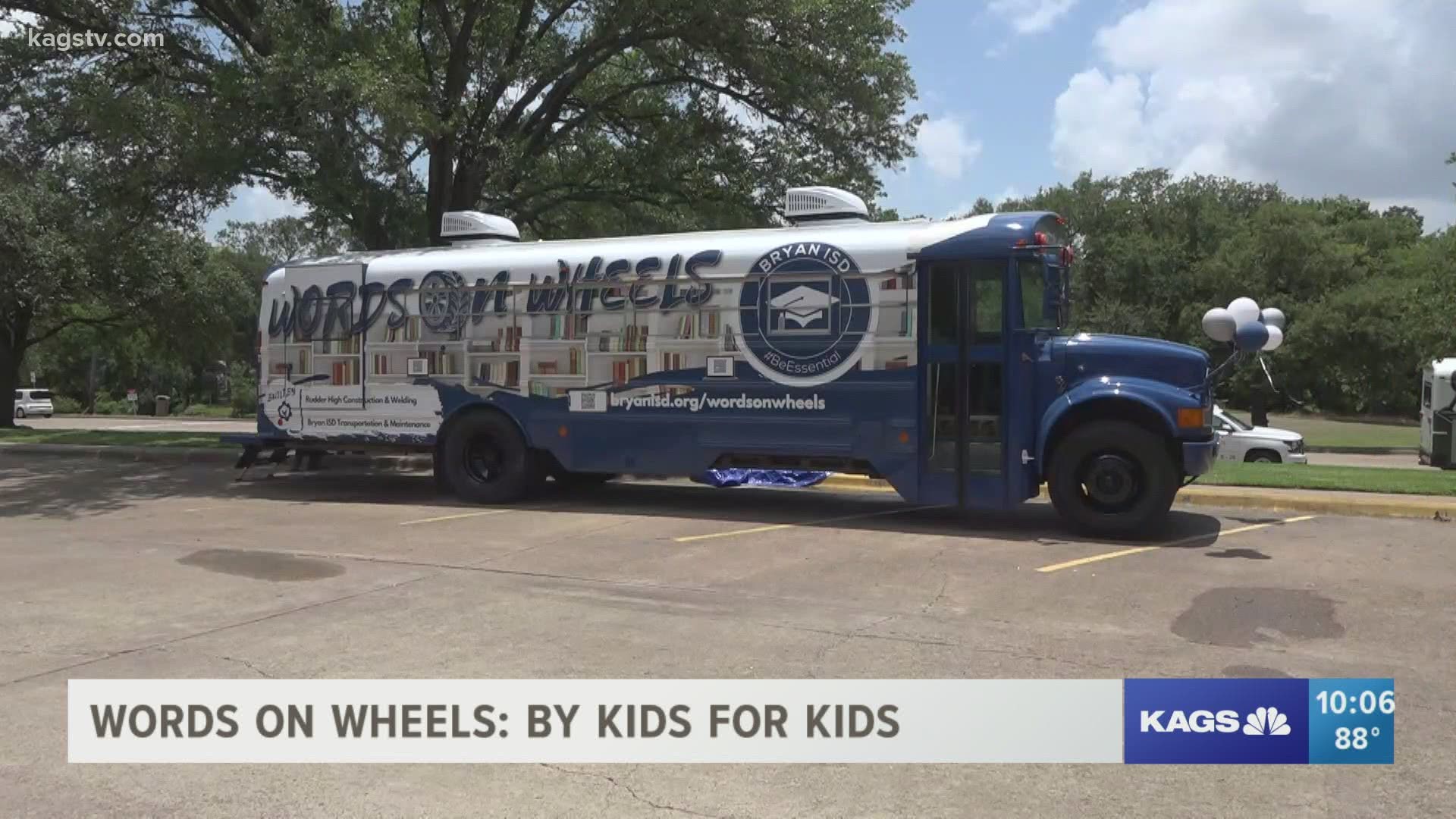 BRYAN, Texas — Students, teachers and Bryan ISD staff gathered in the Henderson Elementary parking lot for the moment they’ve been waiting for, the Words On Wheels bus is road-ready.

This 7-week project was spearheaded by Rudder High School students and teachers who were recognized at the unveiling with thank-you-gifts and plaques.

Looking back at the entire process, senior at Rudder High Caleb Alvarez said when they put on the last final touch, he felt relieved.

“Like ugh finally, you know, it’s done and it can finally go out in the neighborhoods and go out to children at elementary schools,” Alvarez said.

Another senior at Rudder, Jesse Caldron, said in the beginning, he doubted they could ever make something like this and said boy, was he wrong.

Introducing: Words On Wheels! 🚍The mobile library for @BryanISD is officially road ready for kids across the Brazos Valley. 📚✏️

Find out more about the new library and the folks who made this project possible tonight on @KAGSnews. pic.twitter.com/g824HGaCP5

One of the most important things to have in this Texas heat is air conditioning.

Rudder welding instructor John McGee said that was the hardest part to figure out [installing proper A/C] but with the help of his students, they got it done.

“It feels good and it feels good to see the little kiddos get on it and be excited about the bus and reading and all those things that are important to being successful throughout life,” McGee said.

Construction technology instructor at Rudder Donald Brown said he understood the task at hand but he didn’t know if they’d get it done in time, Brown said luckily, he had the best work crew he could ask for.

“The kids really came through for me and the school, the district and the community all in one,” Brown said, “So, I’m really proud of them and it’s something I’ll never forget and hopefully, they don’t either.”

Here is the English version of the bus schedule.

Here is the Spanish version of the bus schedule.