Reveille X takes over as TAMU's next mascot

Reveille X has officially been ushered into a new era as Texas A&M university's next mascot. 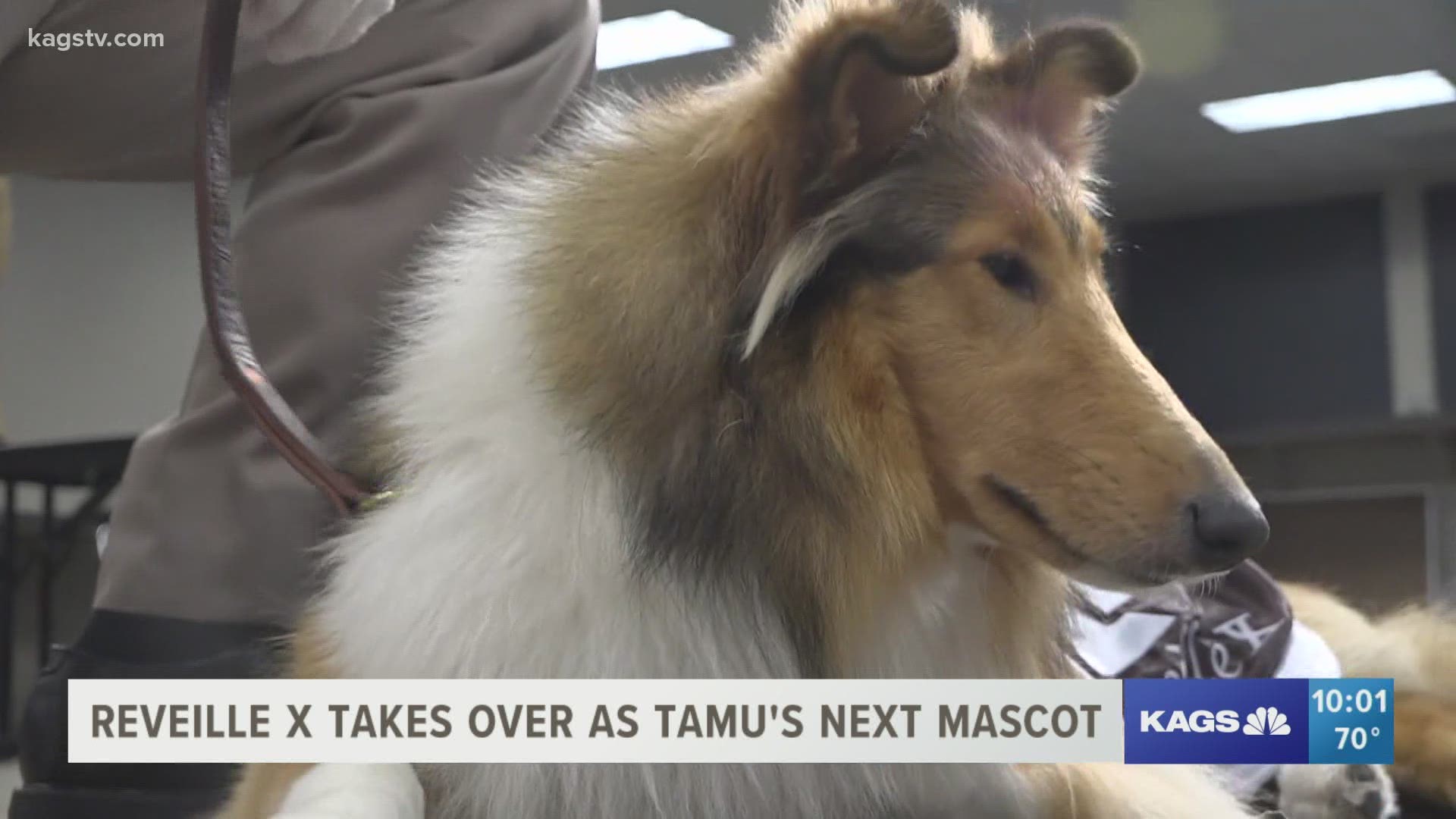 COLLEGE STATION, Texas — The new aggie queen, a sable-and-white American rough coat collie, comes to Aggieland from Topeka, Kansas, and has spent the last three months with Reveille IX acclimating to her new home - a campus of more than 70,000 students.

At her side will be mascot corporal Lucas Scroggins, an engineering major from Little Elm, Texas.

Scroggins said he wasn’t too surprised when he first took on the role because he knows what all the traditions are like if Rev sleeps on your bed, you must sleep on hers.

“All that you expect, but what you don’t expect is how quickly you’ll bond,” Scroggins said.

Scroggins said every day they spend together, either relaxing in his room or roaming outside, their bond grows stronger and stronger.

HOWDY, my name is Reveille X! I'm the loudest and proudest Fightin' Texas Aggie Reveille, and I am so EXCITED to be your First Lady of Aggieland! 👍 pic.twitter.com/srjBLOMzoc

“It’s really just to see how quickly you become friends is what’s surprising,” Scroggins said, “I knew about the tradition; I just didn’t know how much I cared about the dog.”

Not only will Scroggins take on the privilege of watching royalty, he’ll also be taking Rev X home with him this summer.

Scroggins said his family was excited to hear the news because this isn’t the first time a Scroggins has had the task of guarding an Aggie queen.

“My friend made a little joke that when he called my dad was just like “OK” seeing as my brother was corporal mascot four years ago for Rev IX,” Scroggins said, “They were kind of like hoping for it and I had a little bit of pressure on me but they were excited.”

Colton ray, mascot corporal of Reveille IX said one piece of advice he’d give Scroggins is to prepare himself for when he must pass the leash of rev 10 off to her next handler.

“That’s not an easy thing to do but by tradition, that’s what you’re supposed to do it’s a serious thing and as mascot corporal, that’s how you carry on the tradition.”

Reveille IX is still seen as a queen to the aggie community, just retired.

She can be found at the Stevenson Companion Center where she is free to roam the entire building and can be visited by her former handlers at any time.