Battle of the Bell Preview: Cameron Yoe at Rockdale

It's the 66th meeting between these two rivals 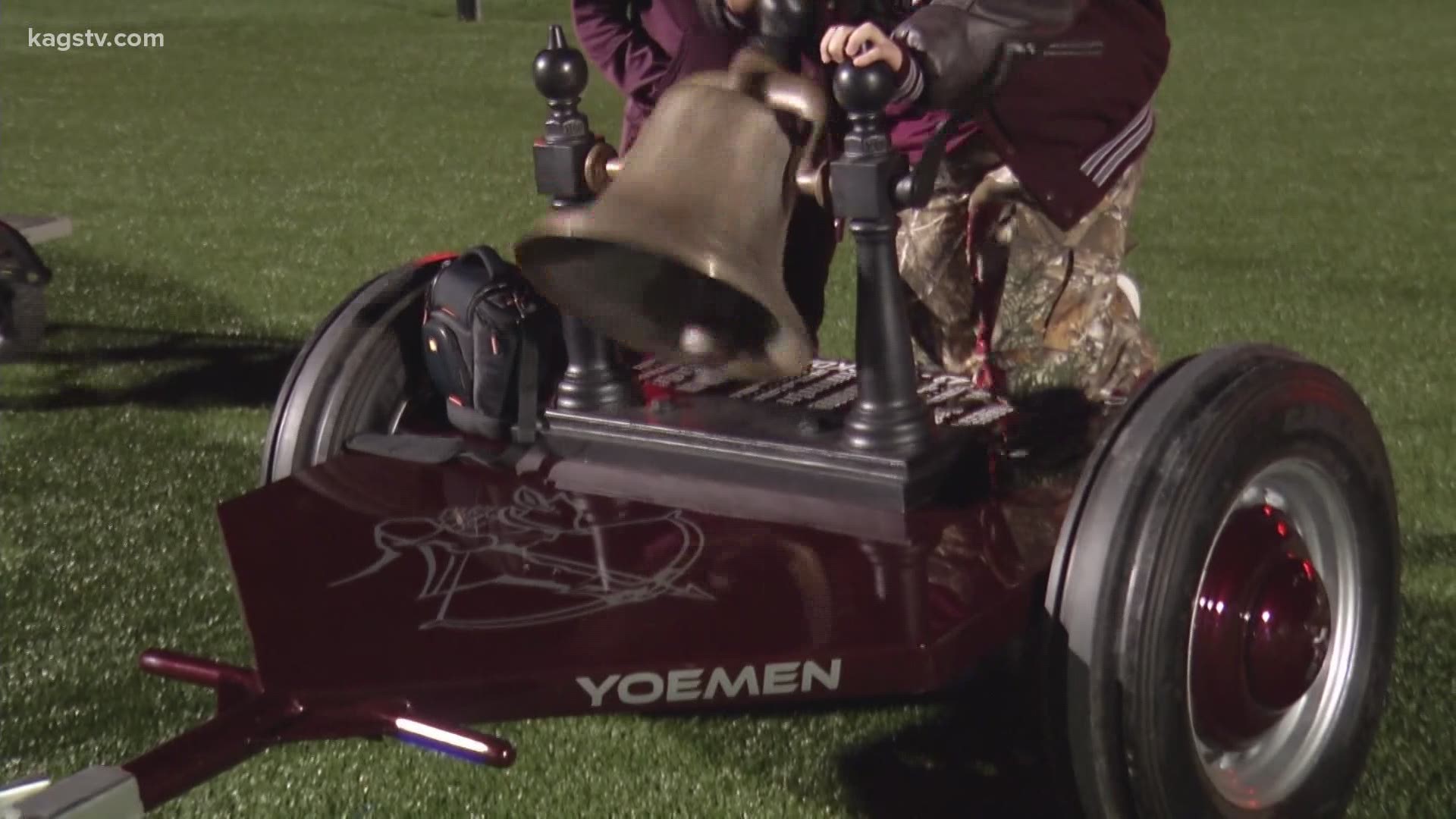 ROCKDALE, Texas — Only 18 miles of asphalt separate Cameron Yoe High School from Rockdale High School in Milam County, and whenever these two meet on the gridiron, the entire community comes out.

"I think it's the best rivalry in Texas," Cameron Yoe head coach Tommy Brashear says. "I'm a little biased but I think if we were two bigger cities, I certainly think it'd be considered that."

The 66th annual Battle of the Bell is set for this Friday. It's tradition for the winning team to keep the bell until the two teams meet again.

"If you lose that thing you feel terrible, you feel like you've let your community down," Brashear says. "But when you win it, you feel pretty good about yourself, big chested."

This is more than just a rivalry game though. It's also a district matchup that always has major implications on the Class 3A DI playoff picture.

"This doesn't look like a rebuilding Yoe team," Rockdale head coach Jacob Campsey says. "They have skill all over the field, linemen are coming together, so we'll have to play really well."

The Yoemen enter this game on a two-game winning streak, while the Tigers have lost three in a row. Campsey's squad has fallen behind big in each of those three games, and he knows that can't happen against Yoe if the Tigers are going to win back the bell.

"It's a really neat tradition to have the bell," Campsey says. "Two years running without having it after two years of having it so our guys are really hungry to get it back to Rockdale."

That'll be easier said than done though, as coach Brashear and his boys are going to do everything they can to keep it in Cameron.

Kickoff is set for 7:30 pm at Tiger Stadium.