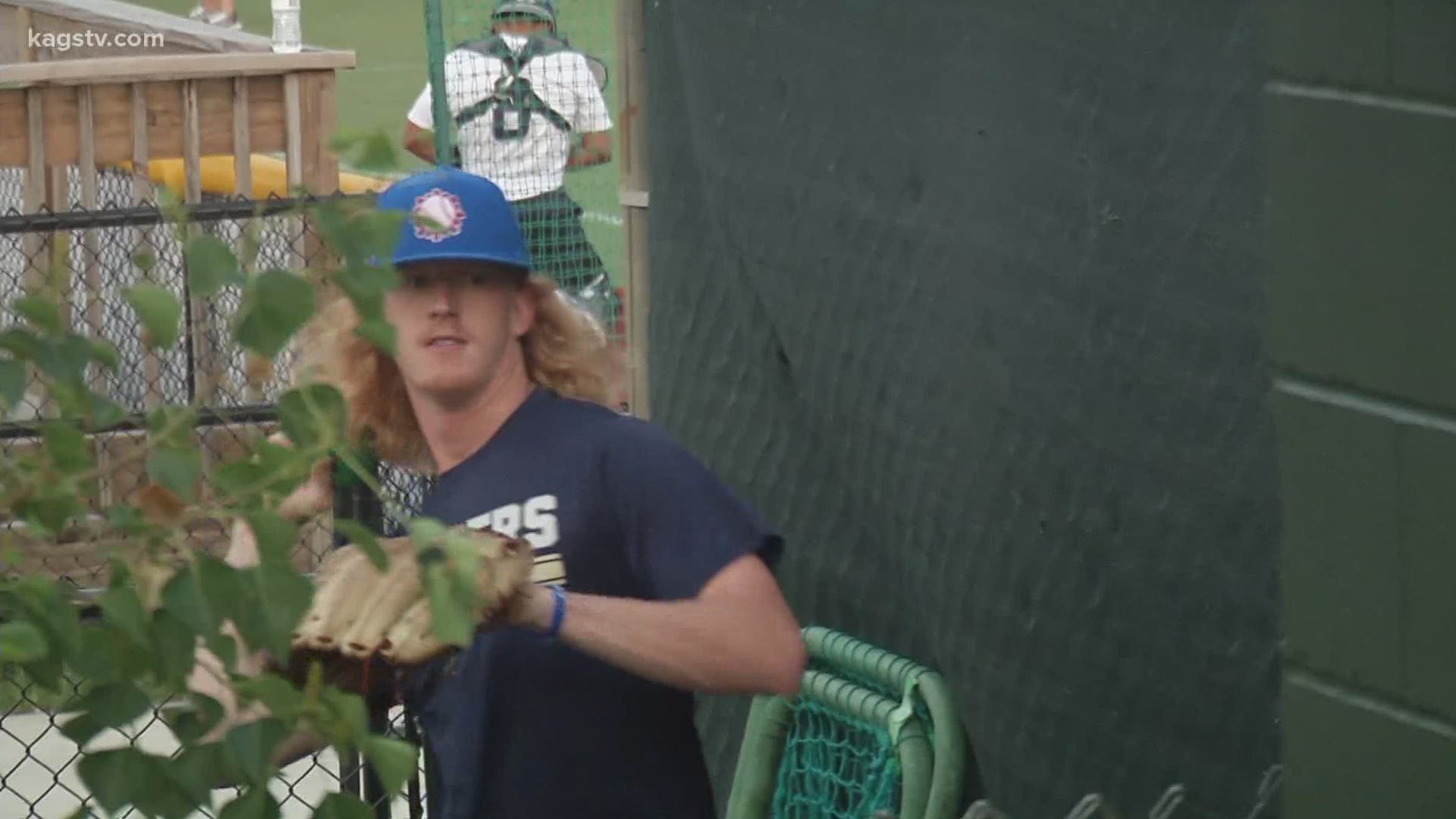 BRYAN, Texas — I feel weird writing this, but I covered a live sports practice today. I had almost forgotten what that felt like.

After all 100-plus players and coaches passed their Covid-19 tests, the Collegiate Summer Baseball Invitational held its first practice of the week Tuesday night. The pitchers were able to throw from the mound and the hitters took some swings in the cage.

Not gonna lie, I almost forgot what live sports looked like.

The first practice for the @CSBI2020 is officially underway & you can catch some highlights and player interviews on KAGS tonight at 10. pic.twitter.com/Fn0UpXB10N

Six of the players participating have ties to the Brazos Valley. Hunter Dobbins and Sean Arnold are former Rudder Rangers, while Austin Teel, MacGregor Hines, Reece Easterling and Travis Hester are all former College Station Cougars. Aaron Walters, a former Texas A&M baseball player, is also involved in the event.

Former Rudder baseball star & current Texas Tech pitcher. @HunterD_20 got some pitches in from the mound. Told me he was surprised at how good he felt considering. Next up for him, BP “all I care about is hitting some out of the park” @CoachCSanford pic.twitter.com/kCX7jAyQQ9

No current Aggies are playing, but the lineup is still packed with star power featuring players from the SEC, ACC, Big 12 and Pac 12.

"I think it's great for these young men to get a chance to show their ability before the draft because their seasons were cut short," former MLB pitcher and CSBI coach LaTroy Hawkins says. "I'm happy to be here because if we get it right or wrong, we laid the blue print for the rest of the world with baseball."

"It's like scratching that itch you had for a couple months when it ended. It's nice to have a break but after a week I was ready to get on the field," Hines, a pitcher at Dallas Baptist, says. "I'm ready to play and get back on the field with the boys."

The CSBI teams will practice again on Wednesday and then begin the six game tournament on Thursday.