FNL Game of The Week Preview: Rudder Vs. Bastrop 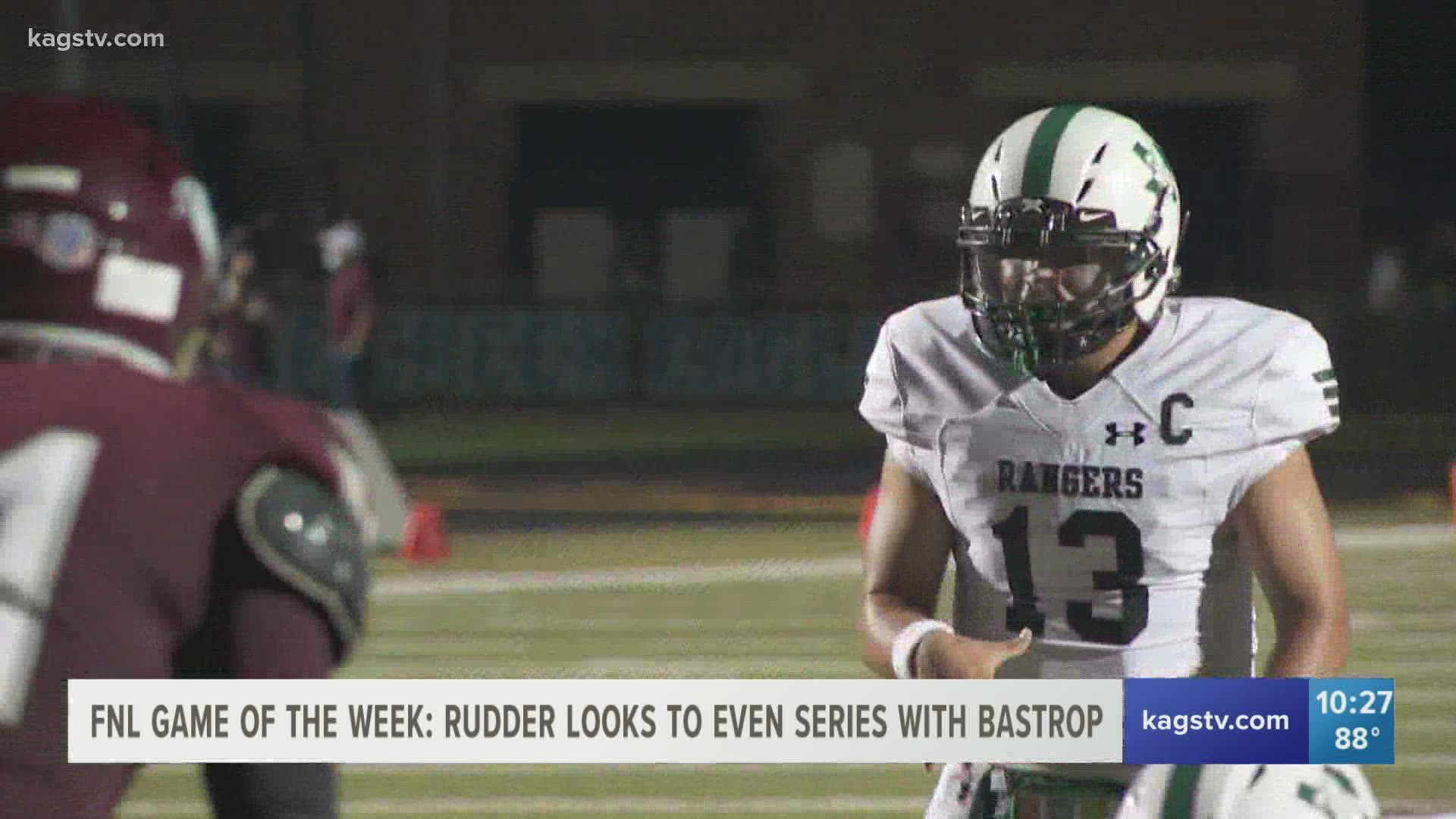 BRYAN, Texas — High school football is back, and Rudder is set to take on the Bastrop for the first Friday Nights Lights game of the week this season.

"We’re real excited. When I first came here a lot of these kids where sophomores and so they’ve been three-year starters, so we’re really excited to see what they can do and have an opportunity to do it in front of the whole community." Rudder Head Coach Eric Ezra said.

These teams faced off last year with Rudder winning in a route, 49-7 on the road.

So, the question on everybody's mind is “where will the Rangers offense come from Friday night”?

Friday nights match-up will be the fourth time these schools have faced one another on the gridiron in as many years.

The Bears took the first two meeting in 2018 and 2019. Rudder now has the chance to even the series.

Beyond that the Rangers are hoping Friday night is the start of record-breaking season.

"Last year was last year, we didn’t finish the year off strong. We started the year off 4 and 0 but this year we are looking to start it off well no matter the opponent on film, we’re going to take everybody as a treat." Defensive Back Marcus Heard said.

The Rangers are returning 15 starters this season so don’t be surprised if the postseason drought comes to an end.