Aggies gathered to pray for one of their own who is fighting for his life and the family that lost their lives after Sunday's plane crash. 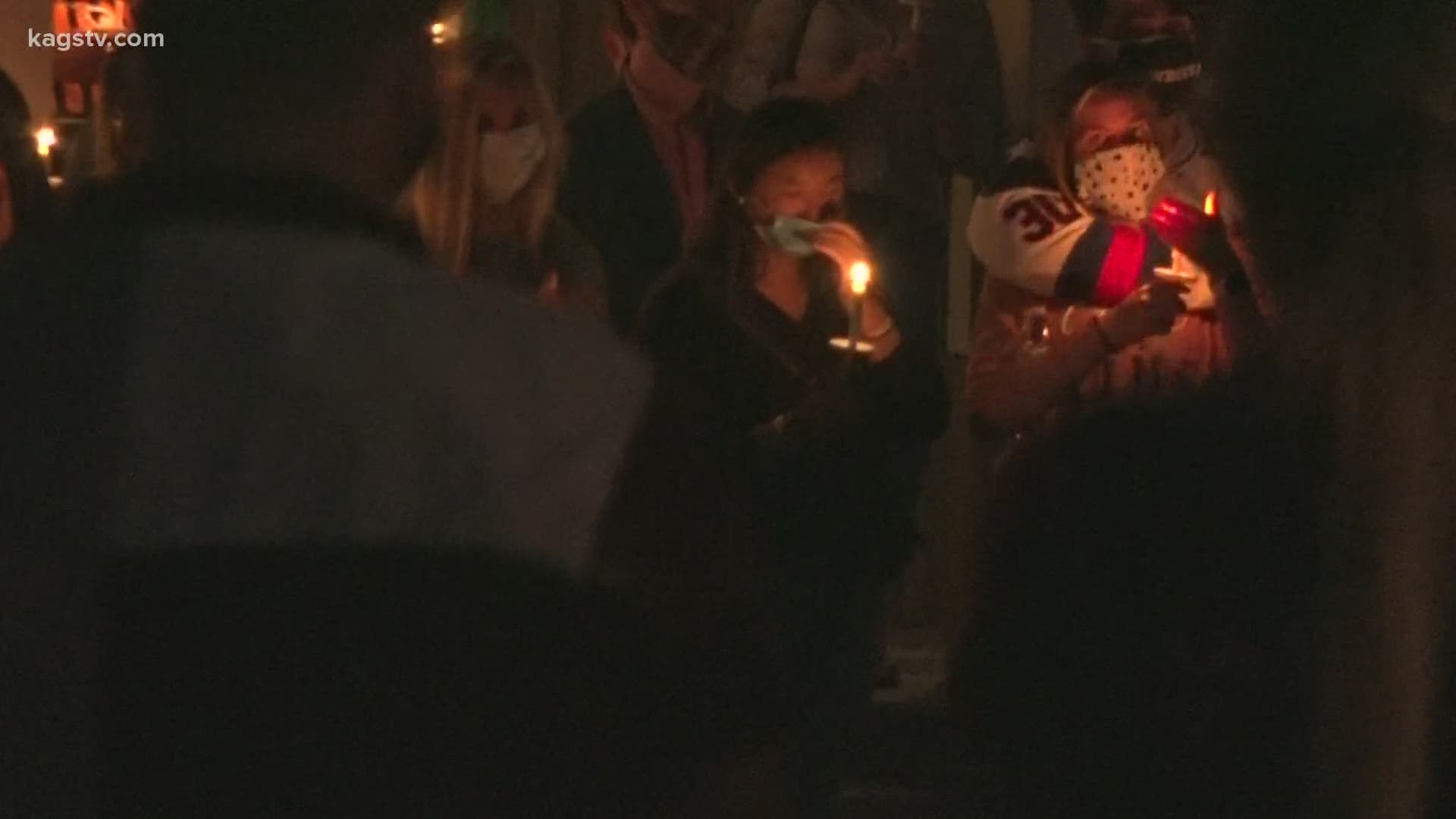 COLLEGE STATION, Texas — Of the four people who died in Sunday's plane crash in Coulter Field in Bryan, only one survived.

Luke Armstrong was identified by friends and family Monday evening, and a candlelight vigil was held for him and the family who lost their lives in the crash at the TKE fraternity house.

He is involved in the fraternity that offered their space to pray.

Armstrong remains in critical condition, and according to his mother who was at the vigil, his doctor says he "is in the woods, but there's a road ahead."

His fellow students got up to pray and sing for him during the vigil.

The Aggies who attended also prayed for the members of the Walker family who died in the crash.