The Bryan community surprised Judy Hughson with a retirement parade for her 53 years with Bryan ISD. 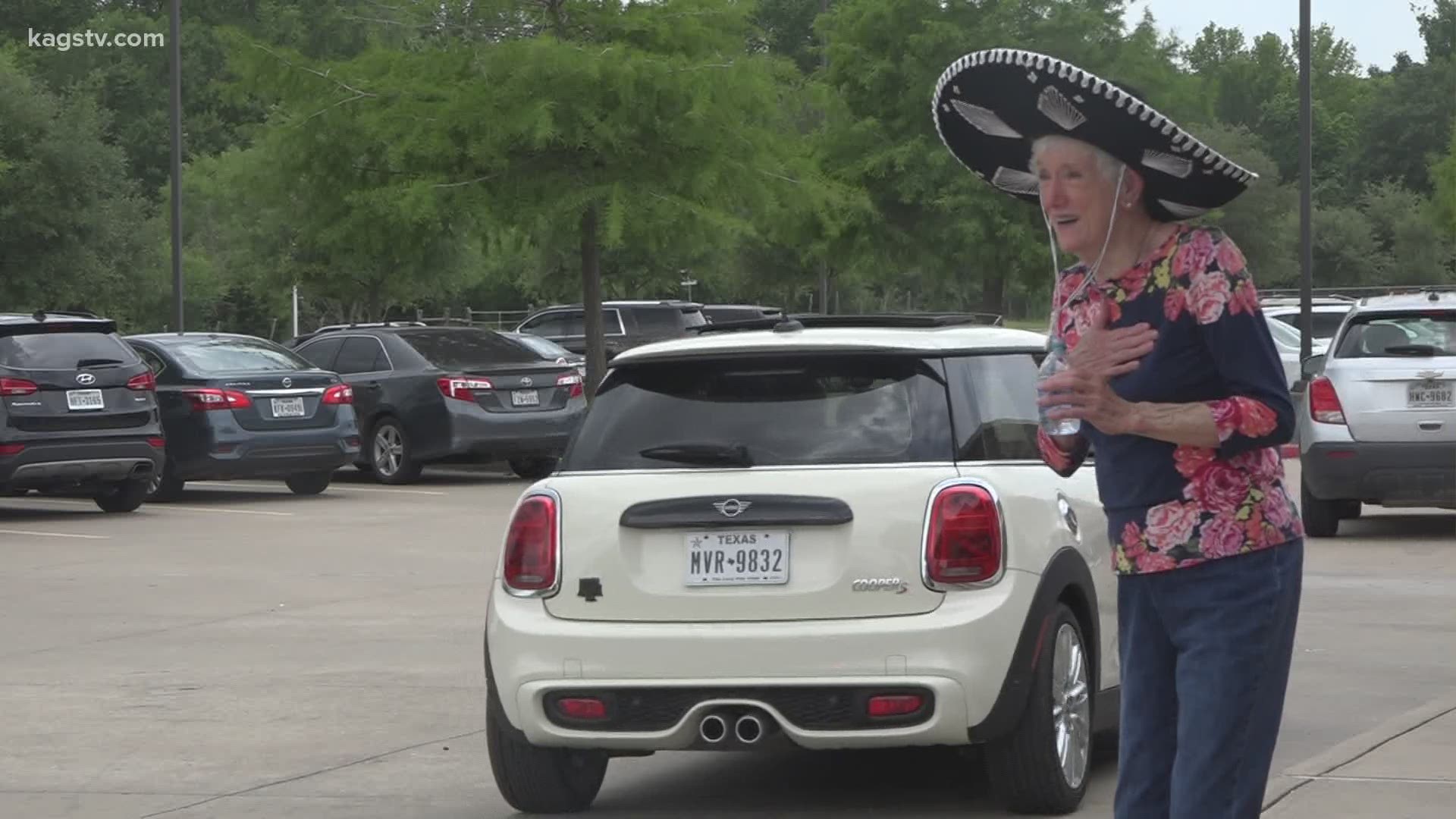 BRYAN, Texas — After being with Bryan ISD for 53 years, Friday is one memory working for the school district Judy Hughson will keep with her forever.

“It scared me to death first of all, but then I saw the line of cars and then I realized what was happening," said Judy Hughson, the assistant principal at Kemp-Carver Elementary School.

At the end of the 2020-2021 school year, Hughson will be retiring from the school district.

Originally a party was planned for the Bryan ISD legend, but COVID-19 threw a wrench in that particular celebration. Hughson's coworkers and family had to think of something else: surprise retirement celebration parade.

“She has impacted so many people," said Alison Boggan, the principal at Kemp-Carver Elementary School. "I cannot go anywhere with Judy in Bryan without running into probably five to ten people that she has either taught or worked with.”

The amount of lives Hughson has touched truly showed at the parade. Dozens and dozens of cars lined up right outside of Kemp-Carver to say their congrats and best wishes.

“I sent a big group text in a message through Facebook and so many people responded back with ‘We plan to be there,’ or ‘we’ll be there,’ and we’re so excited," said Jill Hughson, Judy's daughter.

As the cars made their way up to where Hughson stood, each gave her their own goodbye. Whether it was in a card, a present or just simply in words.

“It made it all a beautiful day," Hughson said.

It is safe to say for many people that know Hughson, Friday's celebration of her 53 years is well deserved.

“I can’t even talk about how amazing she is without crying," Boggan said. "She is just so loving and she loves every kid, every staff member.”

People are excited to see the next chapter of her life.

“It’s really satisfying to know that your Mom made such a large impact on so many lives in the Brazos Valley," said John Hughson, Judy's son.

For Hughson, it is hard to say which goodbye is the hardest, but she could have not asked for a better farewell to cap off 53 years.

“Every single (person) that’s come into my life I am thankful for and I can’t even begin to count how many that is," Hughson said. “I don’t have any regrets, really and truly.”

RELATED: 'His significant impact in our community will be missed:' Brenham ISD superintendent leaving district