The SHSU Rodeo Team will be back for their 63rd year, competing in the College National Finals Rodeo in Wyoming. 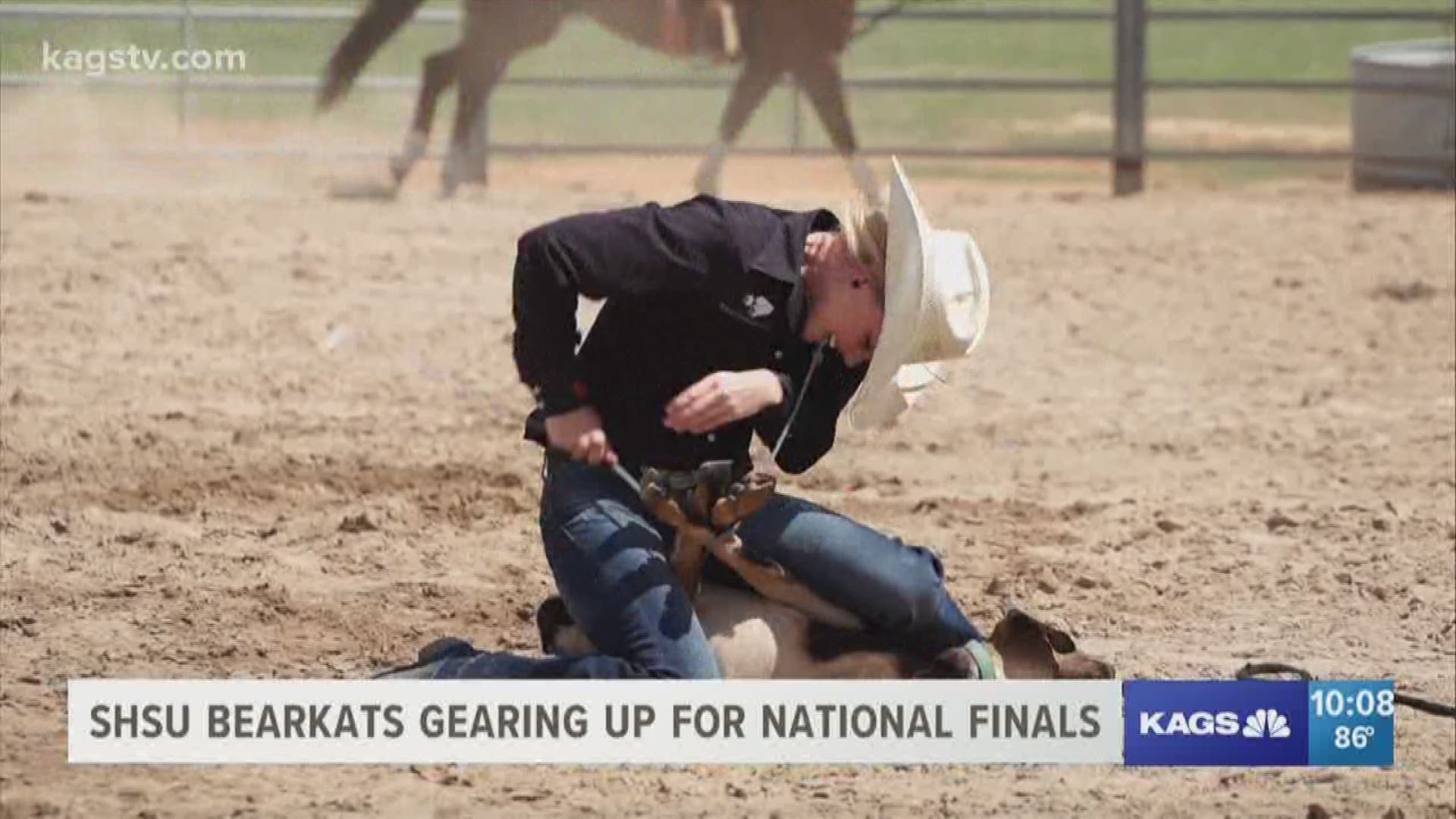 HUNTSVILLE, Texas—The Sam Houston State Rodeo Team is gearing up for another trip to Wyoming to defend their national title.

Team member Tacy Webb said her passion for rodeo runs in her family.

“Since I was a little girl, I rode horses my whole life,” said Webb.

She said the competition in the finals will be fierce, but she’s ready for it.

She also shares that passion for winning with her Bearkat teammates.

Sam Houston State University will be sending both their men’s and women’s team to the finals this year in Casper Wyoming.

This is the 63rd year the team has qualified for the final competition that draws athletes from across the U.S. and Canada.

In 2017, they brought home the national title.

This year, is senior Loni K. Lester’s last run at the rodeo finals.

“I hope to go out with a bang,” said Lester.

“I was in the barrels and the break-away, and I ended up winning the all-around, and I won the national championship for the break-away,” said Lester.

She said one reason her success as a collegiate athlete is because of the support from her teammates.

“It's like a family, and I'm really close to all my teammates,” said Lester.

“It's a great group of girls,” she added.

However, according to Lester and Webb, the success of the team is also due to their coach’s motivation and support.

“It helps boosts your confidence to have somebody that believes in you almost more than you believe in yourself,” said Lester.

Bubba Miller has been the Bearkat Rodeo Team coach for the last 10 years.

And, you could say he’s proud of these athletes.

“My biggest slogan around here, you can ask each one of them, is I call them all champs,” said Miller.

“I believe each kid will get exactly what they put back into this sport. If they’ll train hard, work hard and do what they're supposed to do they'll say themselves rise up and be the next national champion,” he added.

The Sam Houston Rodeo Team will be competing in Casper starting on June 8.