Auggie Failor got to ask his idol, Kellen Mond, some hard hitting questions 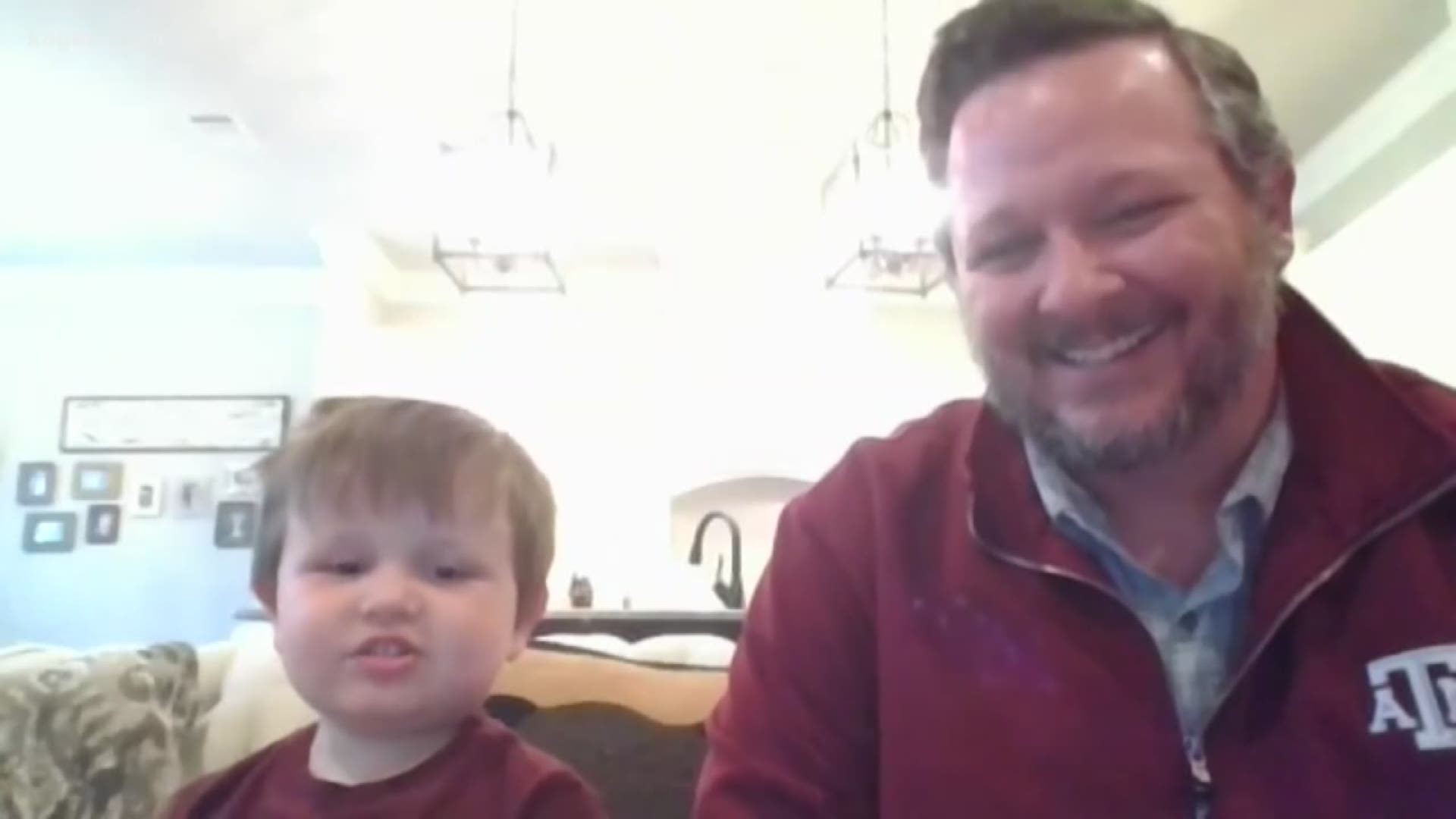 BRYAN, Texas — The Texas A&M football team is preparing for the 2020 season as if it's going to start on time.

The most recent NCAA rules allow coaches and athletes to spend eight honors per week on virtual instruction where they can go over the playbook, review film and make a little boy's dream come true.

On Monday, four-year-old Auggie Failor hopped in the Aggies weekly quarterback meeting after his father posted this on Twitter a few days earlier.

Aggies starting quarterback Kellen Mond saw the tweet and retweeted it, and then coach Darrell Dickey invited Auggie to joint their next meeting.

Auggie wasted no time, asking his favorite Aggie a bunch of questions like, "do you eat your vegetables?" and "who is your favorite superhero?"

As it turns out, Auggie and Mond both like Spiderman.

"Hopefully it's something he remembers forever," Jonathan Failor, Auggie's father, says. "We'll make sure to help him remember too."

When Auggie grows up, he wants to follow in Mond's footsteps and be a quarterback for his home town team.

This won't be the end of Auggie's relationship with Mond either. Coach Dickey invited the family out to a practice once quarantine ends so the superfan can meet his idol in person.

RELATED: Texas A&M might not get to host Colorado

RELATED: Like many universities, football season generates more than half of the yearly revenue for Aggie athletics

RELATED: Chancellor Sharp: 'Make this happen'|Texas A&M classes, football expected to be on for fall semester