Sam Houston State shot 42 percent from the floor, and a blistering 55 percent (6 for 11) from 3-point range 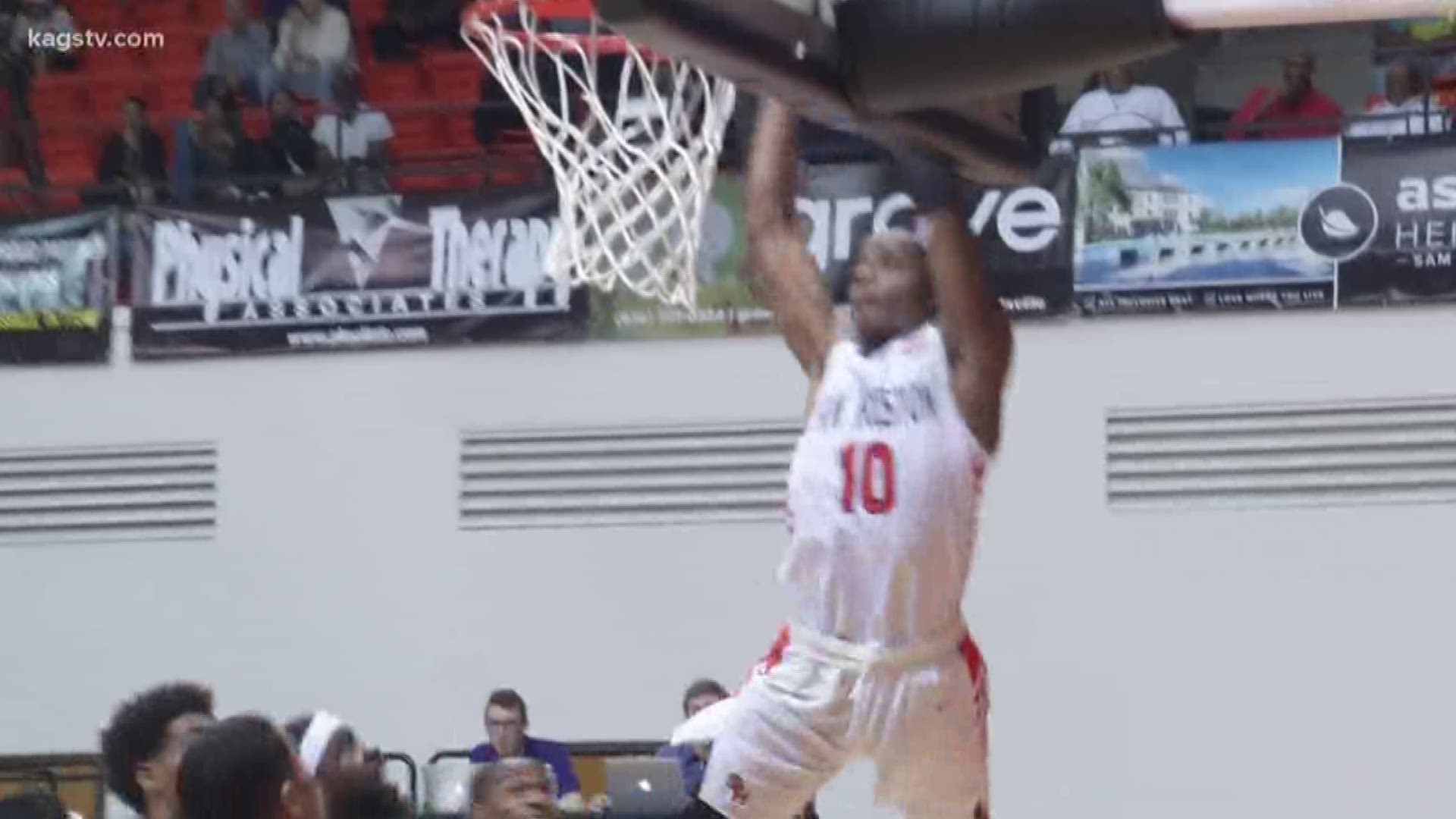 The Bearkats hit a rough patch late in the second half to fall to Stephen F. Austin State 81-76 at Johnson Coliseum Saturday evening.

The Bearkats broke a halftime tie when Nutall opened the second period with a 3-pointer to make it 39-36. SHSU stayed in front most of the second half until three costly turnovers changed the tide of the game.

SFA shot close to four times as many free throws than Sam Houston State, going 26 of 33.

The Bearkats led for most of the first half. They grabbed their biggest advantage at 23-13 thanks to a 3-pointer by Smith and a short jumper by Mitchell midway through the period.

Sam Houston State shot 50 percent from the field in the first half but was plagued by foul trouble. SFA was 11 for 16 from the free-throw line with three times as many attempts as the Bearkats.

Sam Houston State hits the road for the next three games, beginning with Incarnate Word in San Antonio Wednesday.

The Bearkats overcame a double-digit deficit to knock off first-place Stephen F. Austin 63-55. Sam Houston State (14-6) moved into a three-way tie atop the Southland Conference standings at 9-2 with the Lady Jacks (16-4) and Texas A&M-Corpus Christi.

Sam Houston State shot 42 percent from the floor, and a blistering 55 percent (6 for 11) from 3-point range. The Kats also won the rebounding battle 35-30 and forced 24 turnovers.

The Bearkats found themselves in an early hole. The Lady Jacks jumped out to an 11-0 lead in the first four minutes.

Sam Houston State righted the ship and closed the opening quarter in an 8-2 run capped by a second-chance basket by Jefferson to pull within 13-8.

The second quarter was all Bearkats. They shot 50 percent from the floor and were 3 for 4 from behind the arc, including a 3 by Cook in the final minute to send SHSU into the break up 30-26.