"...we’re developing ‘building skins’ that have the ability to basically self-regulate, based on all sorts of environmental cues.” 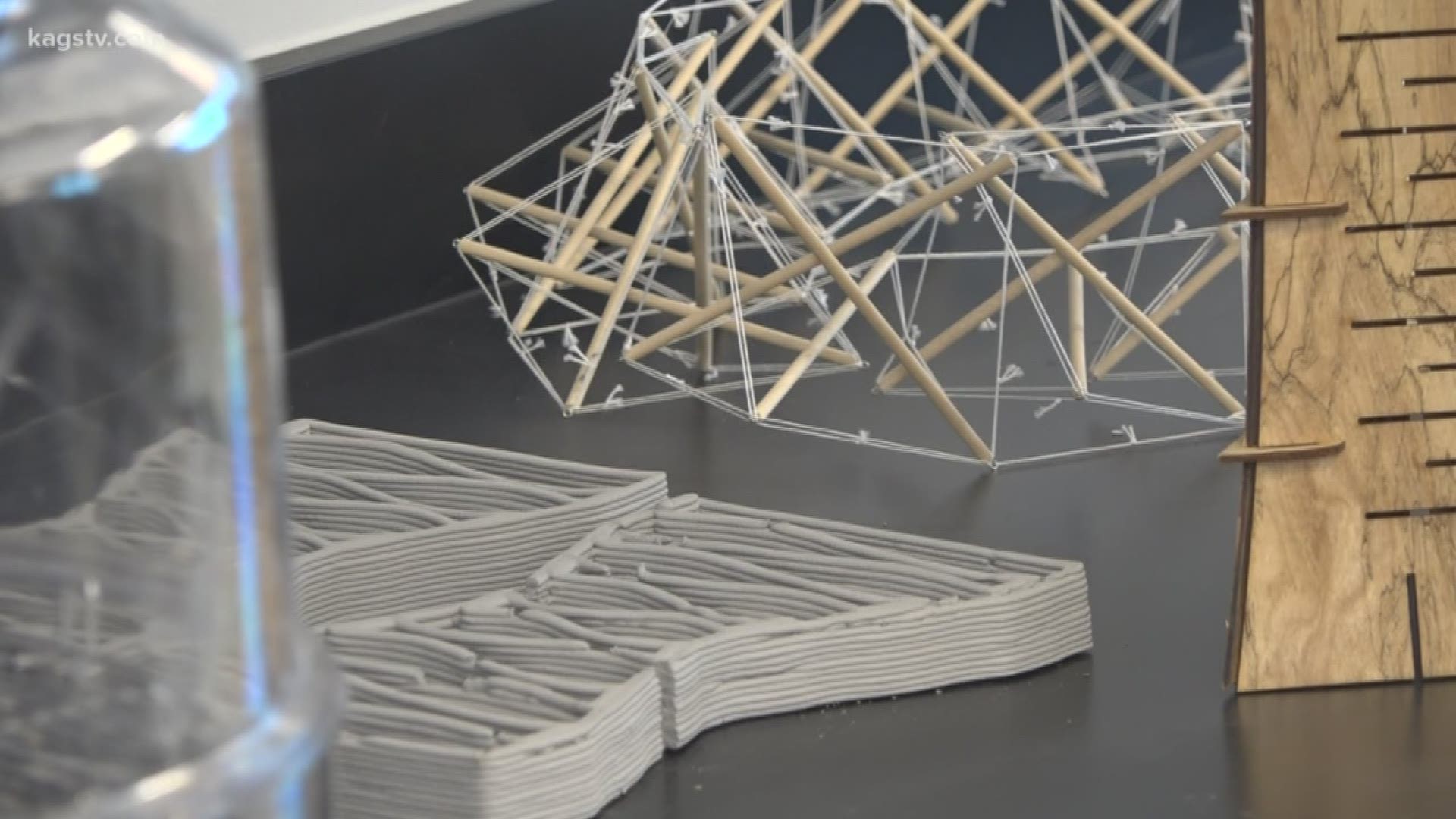 BRYAN, Texas — Texas A&M has always fostered innovation, and in their college of architecture, researchers are developing some innovative research for a more energy efficient future.

Ever heard of breathing buildings, In the near future, you just might.

“Basically, the concept is that we’re developing ‘building skins’ that have the ability to basically self-regulate, based on all sorts of environmental cues,” said Zofia Rybkowski, an Associate Professor and Holder of the Harold Adams Interdisciplinary Professorship in Construction Science at A&M.

For her, it all started with a trip to Central Texas.

“I went to an Austin cool-house tour. One of the most interesting homes I went to, they had these opaque hatches...and you would actually open them at the bottom so the wind or the ventilation would enter a low and I asked them how often do you open these, and he said ‘never,” she said.

Rybkowski saw that as a missed opportunity, so she combined that concept with a natural inspiration.

“You look at the underside of most leaves, they have these practically microscopic openings called stomata. When its moist outside, water molecules will rush into the guard cells and plump them up. When it’s dry outside, these things will collapse.”

Now, with a $240,000 from the National Science Foundation, Zofia and her team, helped in large part by Dr. Negar Kalantar, a professor at California College of the Arts, are using various materials to develop a self-reliant “skin” to go not only around buildings, but within them.

“Traditionally, buildings sort of have centralized area where everything is operating from, but if you can imagine having a building skin… where you’d have little florets that would open and close when the temps right, when the pressures right, when the ventilation conditions are right,” she said, "You can take much better advantage of the shoulder seasons and cross ventilation.”

From adding to existing buildings or putting it in the blueprints for new ones, Rybkowski team have several prototypes and are hopeful for their vision of a more energy efficient future.

Rybkowski also let me know that with enough funding in the future, we could definitely see this tech in our lifetimes.