While the ordinance was accepted back on May 13, the City Council officially approved it Thursday. 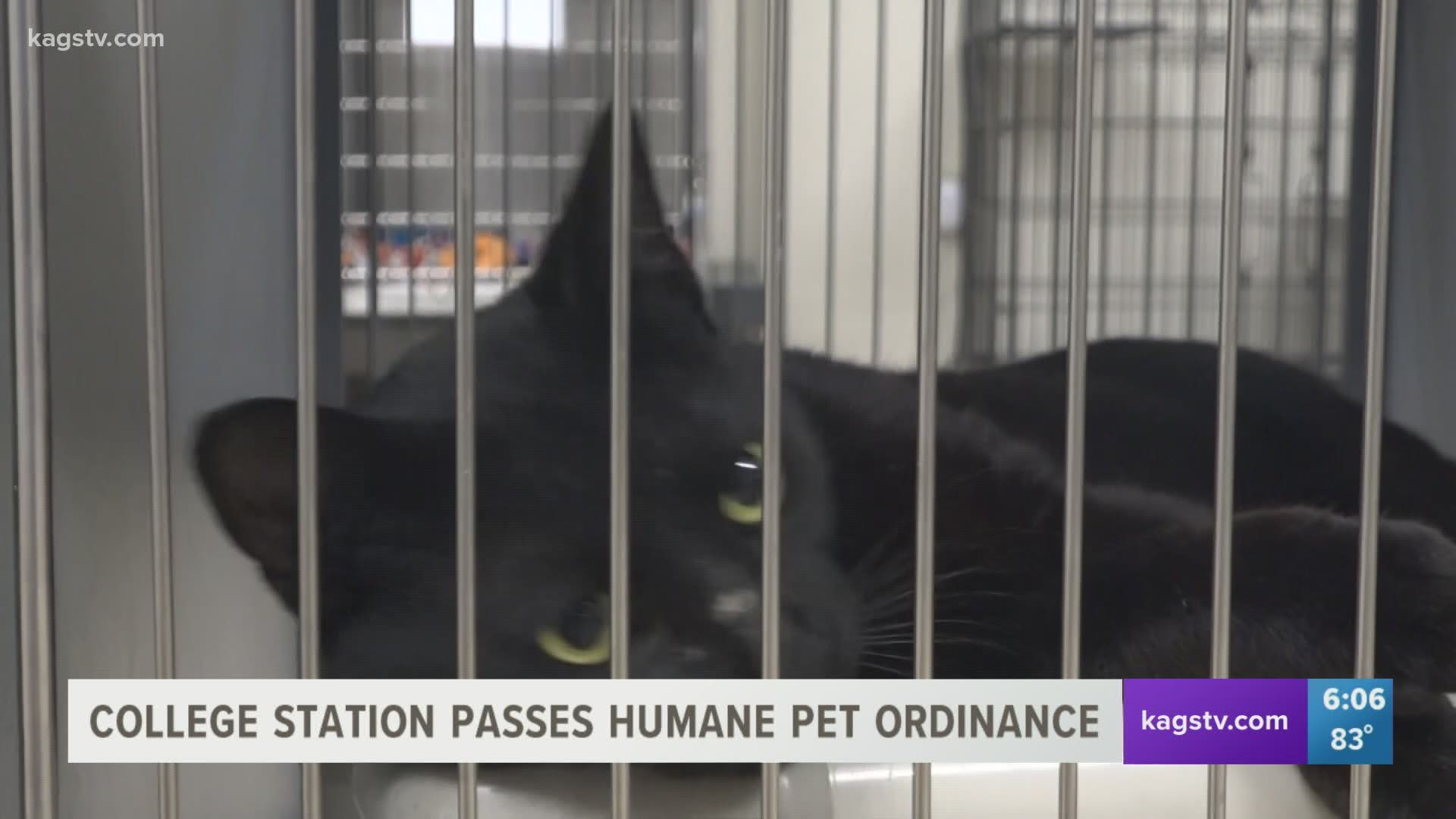 COLLEGE STATION, Texas — The City of College Station officially passed an ordinance Thursday that prohibits the sale of animals from puppy mills. College Station is only the eighth city in Texas to pass such a ban.

While the proposal was originally passed on May 13, the City Council officially approved the measure Thursday once it was written up. While this ordinance requires the animals from stores come from shelters or rescues, it does not stop a private breeder from selling a certain breed to prospective buyers.

“If they want a pure-breed dog and they want to go to a reputable breeder, we're all for that, we just want to stop the supply of puppy mills into a pet store,” Judy LeUnes said to KAGS in an interview on May 13. LeUnes is President of Wienerspiel, a non-profit organization that raises money for other non-profits that help homeless and neglected animals in the Brazos Valley.

The Humane Society of the United States - Texas posted about the ordinance on its social media pages, calling it a "victory" for the city and the state.

Chris Perkins, who works as the assistant police chief for College Station, also worked on the ordinance. Other cities in Texas that have such an ordinance include Waco, San Antonio, Austin and El Paso.

On May 25, the Texas Senate passed HB 1818, which requires pet stores in counties with more than 200,000 residents to obtain animals from a licensed breeder, animal shelter or rescue organization. If a person violates this, they would be fined $500. At this time, Governor Abbott has not yet signed this bill into law.