"We're gonna board up the windows because they are new, we just put them in. We're gonna pack up all of our essentials and we will be back." 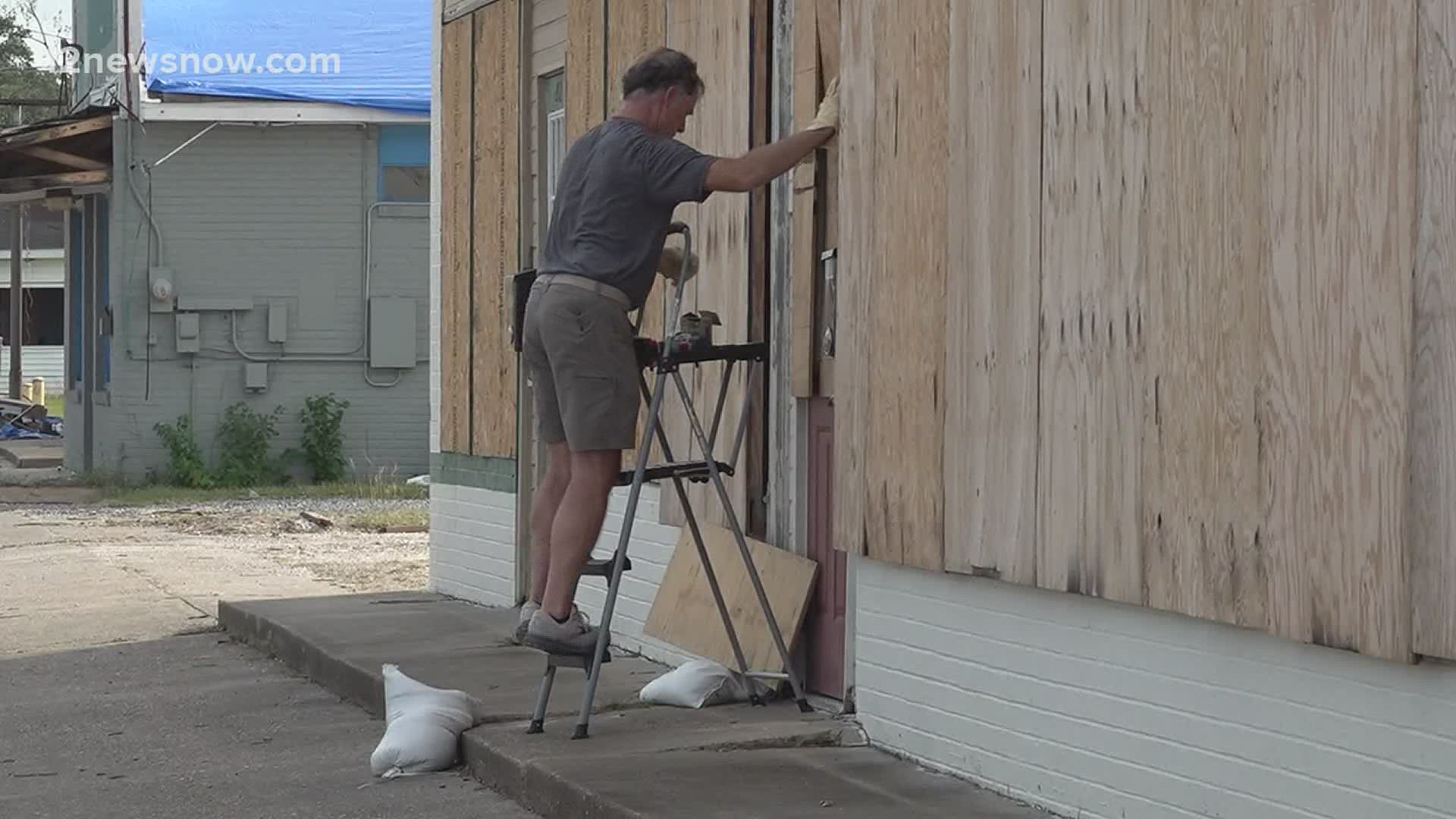 LAKE CHARLES, Louisiana — There is a feeling of exhaustion across Lake Charles as people here are still trying to bounce back following Hurricane Laura.

With a mandatory evacuation order in place across several parishes here in southwest Louisiana they're Hurricane Delta isn't a repeat.

Beyond the calm currents of Lake Charles, an all too familiar feeling of uneasiness has taken over the town.

Michelle Hilliard lives in Lake Charles and is weary of the onslaught this hurricane season.

The root of her frustration is Hurricane Laura.

Just weeks after the storm ravaged parts of Texas and Louisiana, another mandatory evacuation order is in place.

"I don't know what to do. It's almost sort of a numb, helpless feeling," Hilliard said.

She spent the last month making repairs to her home.

She'll have to put on hold as Delta charges the Gulf Coast.

"We're gonna board up the windows because they are new, we just put them in. We're gonna pack up all of our essentials and we will be back, we will definitely be back," Hilliard said.

Across town, Luke Saucier said he understands his neighbor's pain.

He spent the afternoon trying to protect his property, a routine that's become second nature.

"I just took the boards down but we didn't put them too far away because hurricane season isn't over so we kept everything right by the front door and I just walked it right back out and put it up," Saucier said.

In neighborhood after neighborhood, there are tangible reminders of the destruction left behind by Hurricane Laura.

"There is a lot of debris on the streets, a lot of sheet metal, a lot of mattresses all that stuff will become air borne, if it is a category 2 or 3 and it will be a mess," Saucier said.

While the community has a long road to recovery, they're still clinging to hopeful optimism.

"All we can do is pray for the best, keep our faith and keep hope and stay close to our family and friends because at the end of the day that's what we have," Hilliard said.