One person was taken to the hospital with a gunshot wound and another person has been arrested.

There are new details that have been released in the investigation into a shooting at Hensel Park Friday night.

Joshua Wynn, 22, of Universal City, Texas, is charged with two counts of aggravated assault with a deadly weapon. One of those charges is against a public servant. One of the law enforcement officers who responded to the shooting said Wynn also shot at them.

Police said they responded to a call that a shooting had happened at Hensel Park just before 7 p.m. Officers said when they got to the scene, they found one man who had been shot in his shoulder and his stomach. They said the man was taken to the hospital. At last check, he was in stable condition.

Police said a Brazos County constable, who was helping set up a perimeter around the park, spotted a man, later identified as Wynn, near the Becky Gates Children Center. The constable said Wynn shot at him four times but did not hit him. Officers were then able to get to Wynn and arrest him.

Credit: KAGS NEWS
One person was taken to the hospital and another person was arrested after a shooting at Hensel Park in College Station.

Wynn, who graduated back in May from Wayland Baptist University in Plainview, had been recognized as the highest ranking graduating senior in his class. Wynn had a perfect 4.0 grade point average and graduated with a degree in geology and mathematics. It is not confirmed yet if he was a student currently enrolled in College Station. 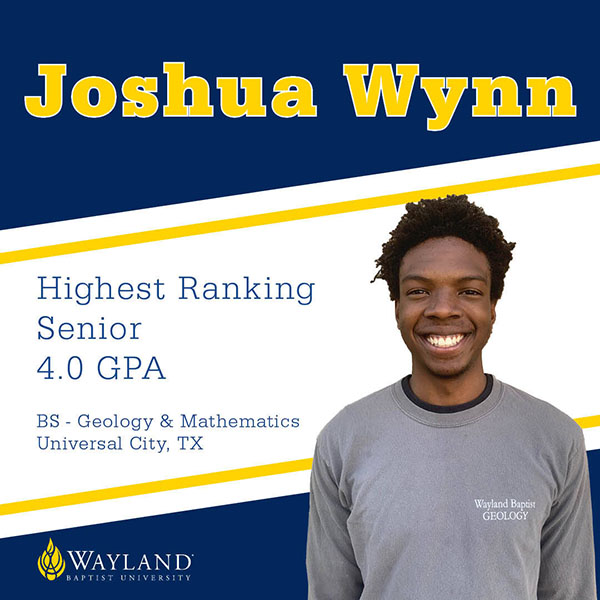 Wayland Recognizes May Graduates
PLAINVIEW - What would have been a day of celebration for the culmination of years of hard work, study and research morphed into a silent celebration. Hutcherson Gymnasium, generally decked out in regalia, gonfalons and cheering family members, sits dark and quiet. Just a sign of the times as universities continue to deal with the fallout from COVID-19.

It is not known what led up to the shooting. Wynn's bond has not yet been set. We will continue to update you with further developments.

It happened at Hensel Park just before 7 p.m. One person has been arrested, but investigators have not yet released the names of the people involved in the shooting.

What led up to the shooting is not yet known, however, there appears to be two separate areas in the park officers are taking a look at. The condition of the person who was shot is not yet known.

A Code Maroon was issued, asking people to avoid the area. The scene remains at this time under investigation. We will continue to bring you updates as more information is officially released.

We have personnel assisting TAMU PD with an active scene in the area. Any official updates will come from @TAMUPolice. https://t.co/QxEbPqzyxQ

This is the second shooting this week in this part of Brazos County. On Monday, one person was shot in Bryan on Beck Street near Henderson Park. No one has been arrested yet in connection to that case.